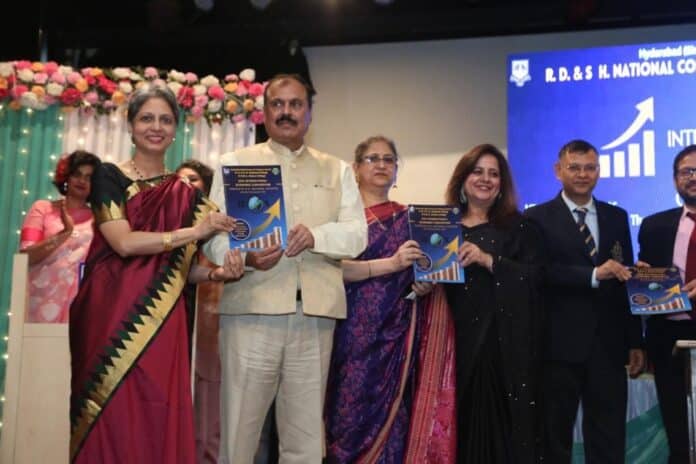 The Hyderabad (Sind) National Collegiate Board (H(S)NCB) is hosting the 30th International Economics Convention (IEC) 2022, Mumbai on 12th and 13th December, 2022 in R.D. and S.H. National College. The Inauguration for the convention took place on 10th December 2022 at 3.00 pm.

In an exclusive conversation with Saying Truth, event representative told that this being a landmark year, a milestone in the history of International Economic Convention, the Chief Guests and the Keynote Speakers for this momentous occasion of the Inauguration of Convention which took place on the 10th of December, 2022 were Dr. Ravindra Ramchandra Bangar, IRS Commissioner CGST, Navi Mumbai and Dr. Tirthankar Patnaik, Chief Economist at the National Stock Exchange of India who delivered their Keynote Address on current trends in the Indian economy so as to set the intellectual and academic note for the entire Convention. 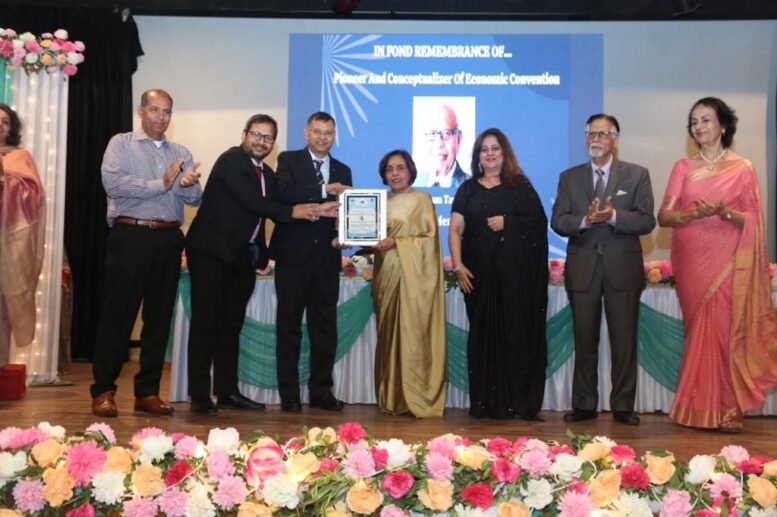 This milestone event was organized under the able guidance of the Principal, RD National College, Dr Neha Jagtiani who believes and supports continuous innovation in education, ably supported by Vice Principal, Ms. Lakshmi Iyer and the entire core committee. 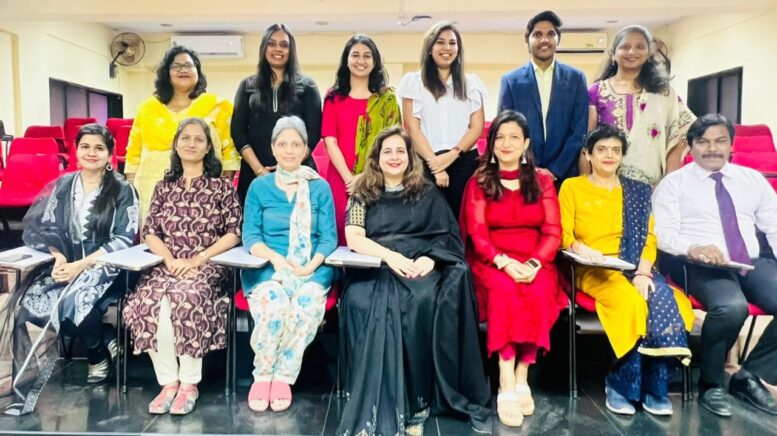 This event took place in the esteemed presence of the Immediate Past President, Shri Kishu Mansukhani; Trustee HSNC Board, Ms Maya Shahani and Secretary, HSNC Board, Principal Dinesh Panjwani. 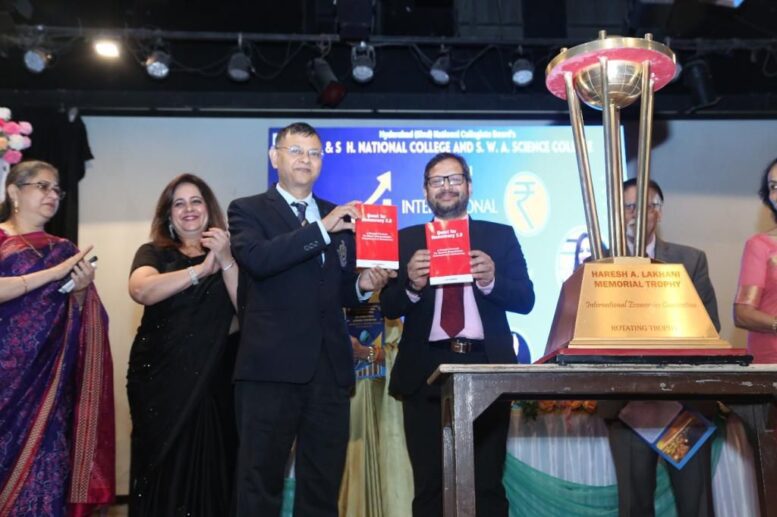 R.D. and S.H. National College, established under the leadership of Rishi Dayaram Gidumal and Dr. Annie Besant in 1949, is one of the oldest colleges affiliated to the University of Mumbai and the first of the 24 educational institutions established by the Hyderabad Sind National Collegiate Board. A proud Sindhi Minority institute which is truly ‘national’ in spirit, it has grown from strength to strength in the past 7 decades.  It is the mother institution and envelops the cultural richness and the history of the Hyderabad and Sindh Board. In its legacy of 70 years, the college has had leaders and prominent personalities from all walks of life from the late President of India. Dr. APJ Abdul Kalam to the music maestro, A.R. Rahman, visiting and motivating the students from time to time.

The steady rise of the Digital Revolution has fundamentally changed the way we live, work and relate to one another. The International Economics Convention this year, with the theme “Exploring The Changing Dynamics Of Economies Through Digitalization” seeks to inculcate and explore the transformative competencies through digitization which has enabled the economies to wield empowered action towards enhancing the quality of life and making a dynamic contribution towards nation building.

The idea of the International Economics Convention for College students was mooted way back in 1993, by Dr. I. G. Patel, the then Governor of the Reserve Bank of India and followed up by Dr. Manmohan Singh, the former Prime Minister of India. With the consistent efforts of Dr. (Mrs.) Indu Shahani, former Sheriff of Mumbai, Dr. Ram Tarneja, former Managing Director of Bennet Coleman, the IEC was materialized and reached great heights, attracting participation from the colleges of the Board as well as other colleges affiliated to the University of Mumbai & International Universities such as West Georgia and Bulgaria to name a few.

The 20th Economic Convention held at the college in 2012 was inaugurated by the former President of India Dr. A. P. J. Abdul Kalam. In 2017, the 25th Economic Convention was hosted by the college and was inaugurated by the former President Shri. Pranab Mukherjee. In this journey of 30 years the convention has also been addressed by eminent luminaries Ms. Menka Gandhi, Mr. Praful Patel, Mr. Deepak Parekh, Dr. B. L. Mungekar and Mr. P. G. Kakodkar.

The crucial impetus of the Convention has been to provide students with a platform in which the principles that govern economic policies and their impact on the national and international scenario could be analyzed, studied and debated. Every year the topic that is chosen reflects the ongoing concerns and significant issues that are in urgent need of addressing and try to create a blueprint for the discussion to be taken forward in the following year.