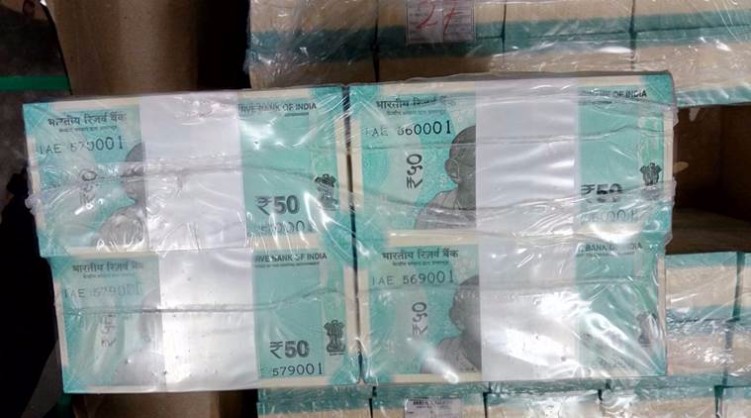 Last year RBI had said that it might issue new currency notes of Rs 50 and Rs 20 denominations with numerals in ascending size in the amount panels also without intaglio printing. Eight months after, pictures of those yet-to-be-unveiled notes of Rs 50 denomination are outside on social media. The notes have been paled turquoise in color, quite different from the notes of the denomination which are in circulation. They’re in exactly the Mahatma Gandhi Series-2005 and will keep the signature of RBI Governor Urjit Patel.

RBI earlier said that it Will soon issue Rs 50 denomination banknotes in the Mahatma Gandhi Series-2005, without inset letter in both the amount panels, bearing signature of Governor, Reserve Bank of India, Urjit R Patel, along with year of printing ‘2016’ printed on the backside of the banknote.” The RBI said that the design and security features of the upcoming notes will probably be similar to the tender, which will continue in circulation.

A government official informed an English website that the new notes Will match the motif of a South Indian temple on the backside.