Anti Bhu Mafia Website: A Portal by UP Government for Complaint against illegal Land Dealings 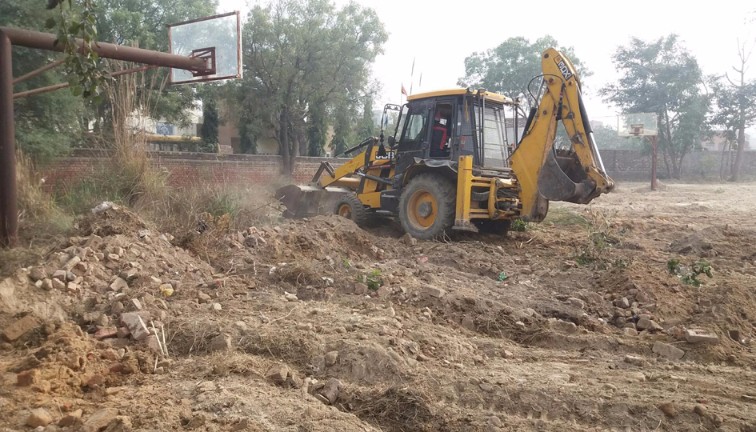 The menace of land mafia is strong and prevalent especially in states like Uttar Pradesh. Traditionally, these mafias have been powerful thanks to a combination of political patronage and muscle power. However, it seems that their hooliganism is all set to end at least in the state of Uttar Pradesh.

The government also has a special task force in place to deal with the problem of land mafia. It has only been 100 days since the launch of the website. In this short amount of time, people have already used the website and helped the task force in identifying 153808 illegal encroachers and have managed to clear over 6794 hectares of land from the mafia.

The Uttar Pradesh government has set a target of 2 months for identifying and arresting the major land mafias in the state. Until now, over 1035 have already been arrested. Out of these, 42 have been charged with the stringent Gangster Act which will ensure that it destroys the foundation of the land mafia racket.

The government has also declared that it will not permit any illegal grabbing of land under the pretext of religion. The task force has already been activated across the state and the new website is helping the government enlist the support of the people in this campaign against the land mafia.

This seems to be a wonderful measure to reduce the amount of crime in the state of Uttar Pradesh. We hope that people will use this website to report any encroachment that they know of and help the government.

The problem of encroachments and the influence of land mafia is massive in other states of the country. We hope that this initiative by the UP Government inspires other states to take similar measures in enlisting the support of the public to fight the land mafia. A combination of public vigilance and technology, as demonstrated by UP, will be extremely helpful to all other state governments in curbing illegal encroachments.