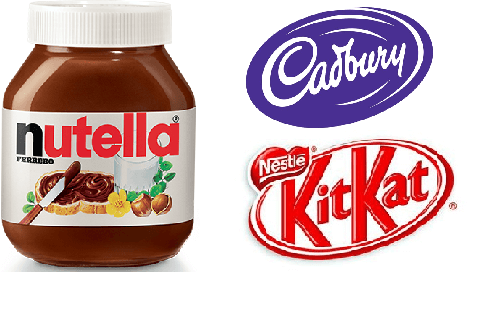 In Australia, concerned citizens are trying to save Orangutans from the dangers of palm oil, and out here in India, we couldn’t care less if people die due to the poison on their plate.
And Palm Oil is not a uni-dimensional crisis….

But here is worse news, an exclusive story for India, only from us!

European Food Safety Authority was asked in 2016 to deliver a scientific opinion on certain chemicals called free and esterified MCPD and glycidyl esters in food. Esters of 3- and 2-MCPD and glycidol are known contaminants formed during processing of vegetable oils; while MCPDs are produced in other foods during processing.

This Panel on Contaminants looked at the data and found that these Esters had the highest levels in palm oil/fat, but most vegetable oil/fats contain substantial quantities.

When these compounds were tested in rats, it was found that they caused cancers and damaged the kidneys. In toxicity testing, data from lower mammals like rats is studied to understand the possible damaging effects on humans. What the panel found was damning!

Even infants, toddlers and kids were getting average doses higher than acceptable, which meant that these ingredients are unsafe.

Glycidyl fatty acid esters are broken during digestion releasing glycidol. Glycidol is officially listed as “probably carcinogenic to humans” by leading scientific bodies like the International Agency for Research on Cancer (IARC) and the German Commission of the Senate on Maximum Allowance Concentrations (MAK-Kommission).

What about the toxic Indian trans fats? No one knows…

So, our Trans-Fat ie Dalda/Vanaspati also deserves a serious scrutiny. While the furore erupted and died in the west in 2016, reducing sales of Palm Oil products like Nutella by 3%, which uses processed palm oil as its key ingredient, India has remained blissfully ignorant, thanks to our media which has not reported on this for reasons best known to them. Over 200 products have been taken off the shelves in Europe.

The Independent has reported that safer substitutes oils, like sunflowers or rapeseed, would impact the cost by as much as $22m (£18m). Companies like Fererro have gone into an advertising overdrive rather than address the question by substituting the ingredients.

What about the much boasted about R and D capabilities of these multinationals? The Indian vegetable oil scenario also needs a deep study. Nestle, that has many products with Palm Oil, on the other hand, did claim that it has cut down on the level of these chemicals. But how much, no one knows.

The harmful chemicals are produced in palm oil at temperatures exceeding 200 degrees centigrade, as is usual in making several food products on an industrial scale. World Health Organization and the U.N. Food and Agriculture Organization have acknowledged the potential dangers of these chemicals but have stopped short of raising the red flag on consumption.

But Indian media is silent. Why?

Markets like India are well known for the lax regulatory environment and limited efforts on the part of civil society, therefore, in terms of health and life expectancy we continue to languish far behind. The informal whispering campaign by our ill informed medical professionals exposed people to so called refined vegetable oils and trans fats, whose dangers are now clear to science.

We should now understand why India has become the diabetes and heart disease capital of the world. Advertising is a necessary evil  in this age, but using the power of money to kill people is not liberal or intellectual by any standards. Is Indian media listening?

Just another parting shot, saturated fats like Desi Ghee have been taken off the harmful list, and it was a fraud perpetrated in the name of scientific health information, a fraud that had its origins in falsehood created where else, but the Mother of All Battles, the US!!