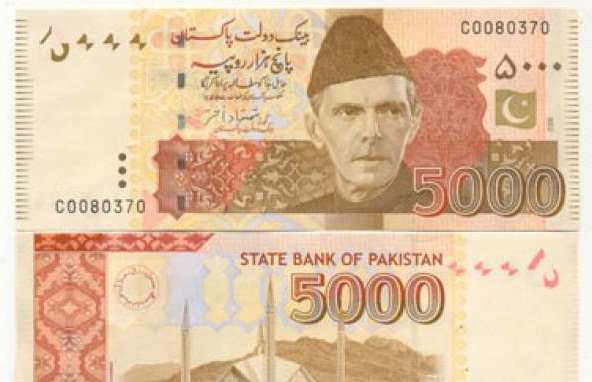 After the demonetization of Rs. 500 and Rs. 1000 notes in India, Similarly, Pakistan is following suite. Pakistan has decided to withdraw Rs 5000 note to curb the menace of black money. This step comes only few days after India undertook the demonetization drive.

This decision took place in a phased out manner. A bill was then presented in the upper house of Pakistan’s parliament. The resolution was advocated by a majority of lawmakers in the parliament. The parliament added that the this whole process would take about three to five years. They added this would surge the economy in a positive direction.

Why was this step important?

In fact experts believe that demonetization is a beneficial plan for the economy. Furthermore, it will be benefit the economy in the long run. Short term pain is expected and part and parcel of the whole process.

In the current scenario, one can see that black money is a major problem for the Indian economy. This problem was eating up the infrastructure of the economy.

Demonetization would ensure better GDP and cleaner ethics. This would also ensure that people will make a shift towards electronic transaction and the economy will be digitally reconditioned.

Why is this step criticized?

Some people still believe that demonetization will lead to chaos and instability. There will be crisis in the economy. People, specifically, the rich will resort to foreign currencies. This will disharmonize the economic system

Just like India, some experts believe that demonetization will be more disadvantageous than advantageous. The minuses are more and the pluses are less.

In conclusion we all agree on the fact that we all want a clean economy. Demonetization may be seen as an effort towards that direction. Such efforts were made in earlier decades also. What repercussion follows, only time will tell.