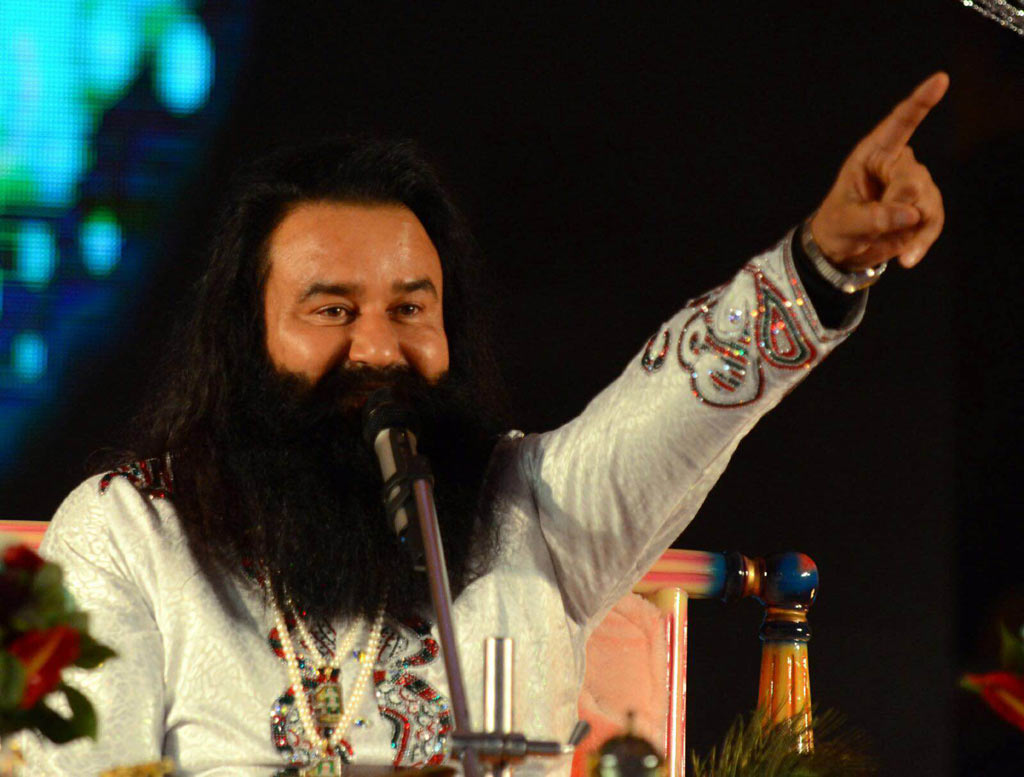 We last heard a lot of hue and cry when a function on river Yamuna’s flood plains brought out the army to build a bridge; the National Green Tribunal fretted and fumed with media noisily blaring its guts for attention.

A much, much larger extravaganza in Haryana happened recently, with its reverberations all around the world. Saying Truth brings you the story with pictures.

The occasion was the foundation day of Dera Sacha Sauda. While everyone agreed that they had never seen a larger gathering in their whole life, this function was manned purely by volunteers. Three hundred thousand to be precise. Yes, with more than a quarter of a million volunteers, the show passed on un uneventfully with the visitors seated across over 370 acres, with traffic in a snarl over 60 kms away.

Amongst the devout, were CEO’s, fashionistas and leading lights of film industry- who confessed that they had never seen anything as grand in their entire lives.

Address to His Fans and Followers