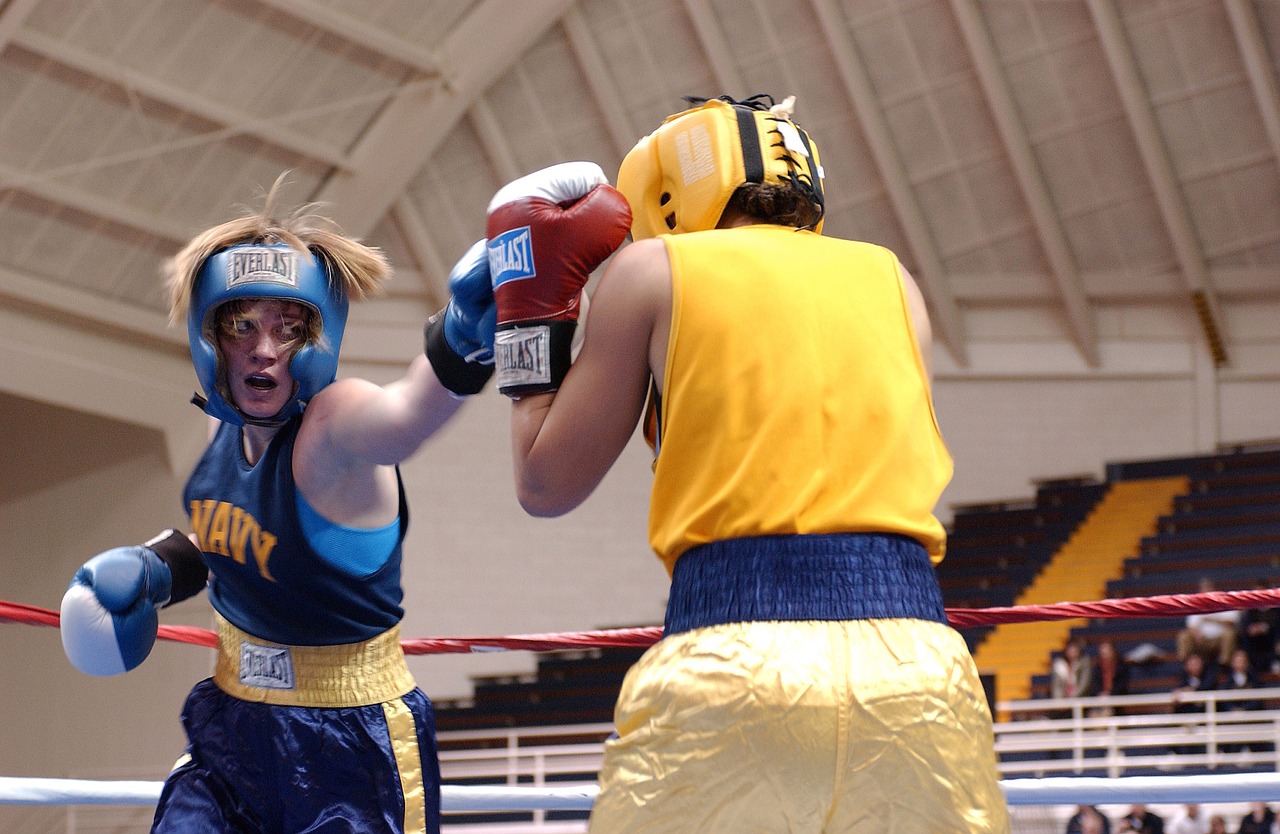 In 1966, James Brown proclaimed that ‘it’s a man’s, man’s world’. Although that was half a century ago, it’s not surprising to see an alarmingly high number of people still preaching this to themselves and others around them. While women have made multiple strides in different walks of life, it’s been a long and treacherous process.

The Indian Patriarchy has been a difficult beast to overcome, especially for those living in rural India. But with determination and sheer conviction, and fuelled by the changing mindsets of our youth, many women have been able to do just that.

This is perhaps most evident in the field of sports, normally considered to be not suitable for women. In recent years, female athletes have emerged in a grand and inspiring way, so much so that a few of them have even become household names.

Saina Nehwal, Geeta Phogat and MC Mary Kom are rightfully getting their due, and Mary Kom even had actor Priyanka Chopra playing her in a biopic in 2014. It’s heartening to see our women athletes actually getting the same level of recognition as their male counterparts.

Women Boxers are packing a Punch

Women boxers, in particular, are showing us their full mettle and abilities, while simultaneously making India proud as well. Though it was Mary Kom that put women boxers on the map, the initial traces of this trailblazing fire need to be credited to Laishram Sarita Devi and her silver medal at the 2001 Asian Boxing Championships in Bangkok. Inspired by Muhammad Ali, Sarita Devi followed her silver medal with two gold ones at the 2003 and 2005 Asian Boxing Championships.

Though the wins recorded by Sarita Devi and Mishra did make some sit up and take notice, they weren’t enough to put female boxers on the national map.

That started happening in 2010, the year when MC Mary Kom changed both, the way we looked at Indian boxing, and how we viewed women athletes in general. In that one year, she won the Asian Women’s Boxing Championship in Kazakhstan, won the gold medal at AIBA Women’s World Boxing Championship and even secured a bronze medal at the 2010 Asian Games.

The 2012 Olympics put Female Boxers on the Map

While 2010 put female boxers on the map, it was the 2012 Summer Olympics that actually gave them that much needed boost. This was the year when Mary Kom, a mother of two at that time, became a bonafide sports star. This was the first time women’s boxing was a competitive game at the Olympics.

Not only was Kom the only Indian woman to qualify for this event, she ended up winning the bronze medal as well, thereby becoming the second of only three Indian women to have ever won an Olympic medal (the other two being weightlifter Karnam Malleswari in 2000 and badminton player Sania Nehwal in these very Olympics).

After Kom’s triumphant stint in London, it’s almost as if women boxers got the motivation and inspiration they were always looking for. The year 2014 was, without a doubt, the most successful one for our female boxers. At the Asian Games, Sarita Devi won a bronze medal in the Lightweight category, with Kom herself winning a gold medal in the Flyweight category.

In the same year, during the Commonwealth Games in Glasgow, Sarita Devi and 23 year old Pinky Rani won silver and bronze medals, respectively. The icing on the cake was the young and upcoming 21 year old Sarjubala Devi (dubbed by one and all as the upcoming Mary Kom) making a formidable impression by winning a silver medal at the World Championships.

Maintaining the Momentum for 2016

With the 2016 Summer Olympics just round the corner, it’s important not only to acknowledge the full potential of all our female boxers, but also to ensure that this potential is fully realized. While it’s great to see these female athletes get the recognition that they deserve (Mary Kom was deservingly awarded the Padma Bhushan in 2013), it’s more important for us to ensure two things.

Firstly, we need to make sure that proper training facilities and services are being provided to our potentially gold winning boxers. And secondly, maintaining the buzz and interest that boxing has finally generated amongst our populace is also important, as that will act as an incredible motivator for our athletes in Rio.

If the above two considerations are taken care of, the sky is the limit for our female boxers (and all other athletes, for that matter) during the Olympics this year.

It wasn’t always this Good

While it’s incredibly empowering to see how much things have changed for the better, it’s also important for us to understand, and more importantly, remember that this wasn’t always the case. About 10 years ago, the only sport that Indians took any interest in was cricket and most of them had no idea that an Indian women’s cricket team even existed.

I wouldn’t even be surprised to know that, before the release of Chak De India, many had no idea that women even played competitive sports at a national and international level. What’s worse and more embarrassing? Some of the women who have actually made our country proud are currently living in dire and shocking circumstances.

Sita Sahu, who won two medals at the 2011 Special Olympics in Athens, is currently selling Golgappas to make ends meet. S Santhi, who won a silver medal at the Doha Asian Games, is currently unemployed.

And Nisha Rani Dutt, who won the silver for archery during the South Asian Championships, is selling her furniture and sports equipment just to put a meal on the table.

And even as recently as 2015, the challenges faced by female athletes are far from being over. Take for instance the case of the Indian women cricket team’s captain Mithali Raj. Everyone knows about Yuvraj Singh and the six sixes he hit in one over in the 2007 T20 World Cup.

Not only did he become the apple of our eyes, but he was also rewarded with a Porsche 911 and Rs one crore by the BCCI for his achievements. But how many of us are actually aware of Mithali Raj achieving the same accomplishment in 2015? How many of us even know who Mithali Raj is? I can’t recall her being rewarded with anything for achieving the same accomplishment.

Considering Mithali’s achievement, and the fact that hockey player Deepika Thakur and wrestler Lalita Sehrawat are putting off their weddings in order to successfully qualify and compete in the 2016 Olympics, surely we can ensure that they get treated with same respect and attention.

What Media should do

One way of ensuring this is to make sure that the media gets its act together. If it’s a doping controversy or a failed drug test, the media will be all over the story. Just look at the media attention that Sartia Devi got when she was banned by the International Boxing Association (AIBA) for refusing her bronze medal at the Asian Games.

Even all her other championship wins combined wouldn’t have received that much attention. So, it’s important for all the media stakeholders to realize that focussing on the positive achievements and accomplishments of our female athletes, and not just their controversies, is essential.

There are some good signs however. In Kenya, they actually hold their very own form of Olympics where only the local participants are allowed to compete, thereby providing the perfect fusion of training and motivation to local athletes. Even back home, things have gotten better.

If you go out and ask your average Indian about his favourite female athlete, he might give you three to four different names, when just a decade ago wouldn’t have been able to give even one. So, while there are still miles to go ahead, it’s good to see this car being driven at 5th gear.