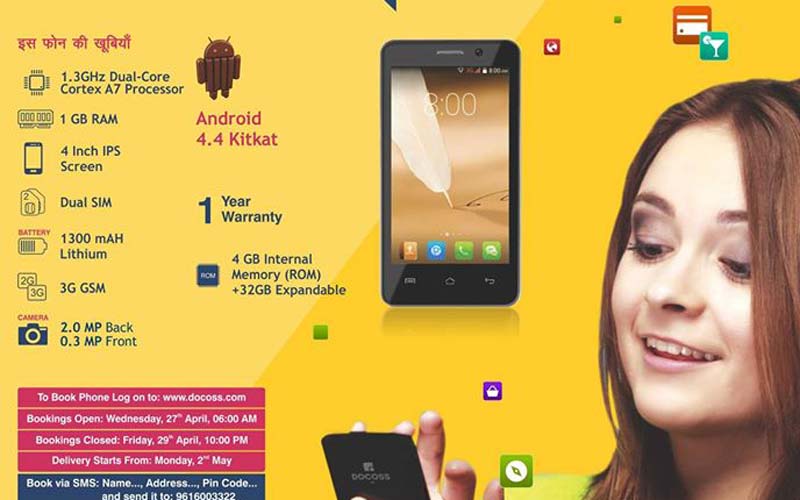 While the memory of Freedom 251 fiasco is still fresh in the minds of everyone, a new Jaipur, Rajasthan based startup – Docoss – is offering a new Android based smartphone with a price tag of mere INR 888.

The Freedom 251 took the internet by storm with its Rs. 251 price tag, but the site kept crashing and when the angry customers reached the company’s Noida office, they found it empty. But, now we have another smartphone maker that is ready to take up the mantle of India’s most affordable smartphone provider.

Although, there is no way of verifying the claim, we advise the readers to tread carefully. However, unlike Freedom 251 which was going to deliver the product after 4 months of registration, Docoss claims to start the delivery process of its X1 from May 2 onwards and the registration ends on April 29. As per the coverage of The Indian Express, the company appears to be taking orders via SMS, and has even asked users not to call on the concerned number. You can also book your device by visiting http://www.docoss.com

Features of X1 as claimed by the manufacturer