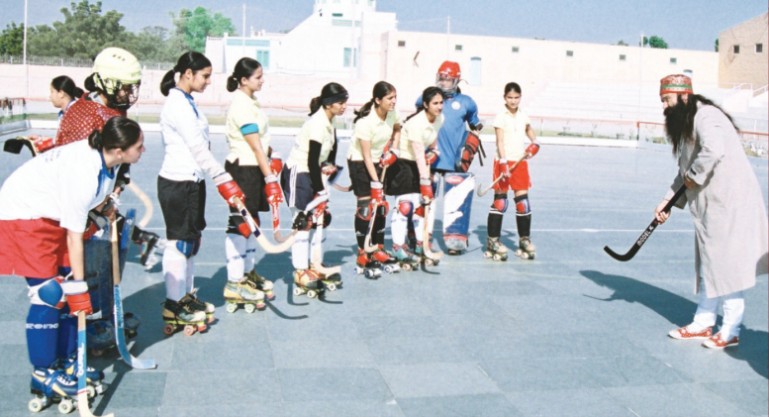 Beautiful, we have brand ambassadors who have never done anything taking the credit, and the money for espousing causes, and the system is happy doing that. And, enters a Guru whose 110 odd trainees have won close to 250 medals for India in disciplines as diverse as Roller skating Hockey, Throwball, Cricket, Judo, Swimming, Athletics etc… a section of the media goes into overdrive.

A Guru, who has single handedly led to the establishment of 2 cricket stadiums, Roller skating stadium, Lush Soccer and hockey fields, Olympic sized pools, Gyms and Physiotherapy and an advanced Hospital for back up and support. 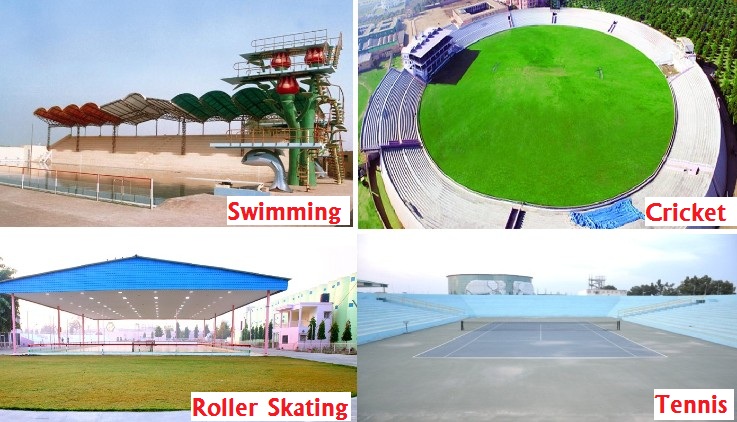 Yes, indeed, this is about Saint Dr Gurmeet Ram Rahim Singh Ji Insan. A section of the media goes into a usually epileptic hysteria; I supply the facts and figures – and no one is bothered.

The Indian media, or the major chunk of it, has become a mass of chronically peeved and negative protoplasm, not wanting to look at evidence or talk to people; happy only to propagate stories they do from their squeamish little point of view.

No one visit the facilities, no one talks to the athletes and they are churning stories. Objectivity and fairness? Independence? Truth? Spirit of Enquiry? I think, you can write these words as an obituary to honest Indian Journalism and that’s it.

The Indian women’s handball team captain is from Shah Satnam Ji Institutions, established by Saint Dr. Gurmeet Ram Rahim Rahim Singh Ji Insan. Stricken by polio, she had joined the school in VIth Grade, when she was motivated by Guruji to take up sports. And now she captains the National side.

Some question the believability and continuously refuse to look at the evidence. Everyone is welcome to talk to the athletes, evaluate their performance, check the facilities, but Indian’s arm chair army of pseudo-intellectuals draw conclusions on their own.

Saint Dr MSG has created an island of winners despite the odds. Saint Dr MSG Let’s his work do the talking, while many in our media let their talking, show their real worth! For those who cannot still get over their skepticism, here are the some details below; check them out.

The achievements of the talented players is beyond imagination, however, let’s have a look at some who have outshined at both National and International arenas:

All these achievements under the name of Saint Ram Rahim as a coach, it’s wonderful to know that in guidance of Saint Dr Gurmeet Ram Rahim Sing Ji Insan, Dera Sacha Sauda has facilitated state-of-the-art International Stadiums in Sirsa for proper training of these students without any aid from government.

A major chunk of awardees in our country are from Shah Satnam Ji educational institutions and a force that propels them to excel in plethora of sporting events is their Guru. The players rush to his expert advice when they are throttled and it helps them a lot. Recognizing such a multifarious personality for his commitment in shaping up the lives of sports persons in India should be a matter of great pride.