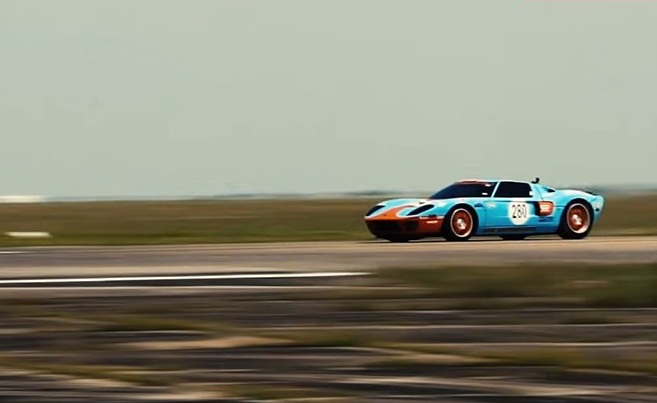 When I first heard the news that Ford GT set the record for the fastest standing mile, the first thing that came in mind was …well …what is a standing mile? Standing mile is the time taken to cover a distance of one mile.

Johnny Bohmer, who is the owner of Performance Power Racing in the USA, will be saddened to know that his 283.2 mph record has just broken. A new GT built by M2k motorsports covers a standing mile at 293.6 mph (472.5 Km). This would be 10 mph more than Bohmer’s record.

Ford a car designed about more than half a century ago has an aerodynamic speed. This means it is fast enough to be launched in orbit. This goes on to show how viable the original design must be. It is but anybody’s guess how much this machine drinks. The quality is pretty much above average.

Man has always tried to invent machines to satiate his urge to move, move really fast that is. The early man invented the wheel. This was perhaps the first sign of transport. Then came chariots and carts on wheel. They were soon replaced by the bicycle. The person who rode the first bicycle was laughed at.

But, little did people realise that it would become such a fad in the coming centuries. Soon, the bicycle led to the innovation of motorcycle. Car and four wheelers too came around that time.

This innovation in means of transportation didn’t stop then also. The invention of aeroplanes by the Wright brothers proves this point.

So, one can see man is constantly on the move. This breaking of a standing mile by Ford GT does come as an awesome piece of news. But, one can’t wait to watch when this record will be broken. After all records are meant to be broken!