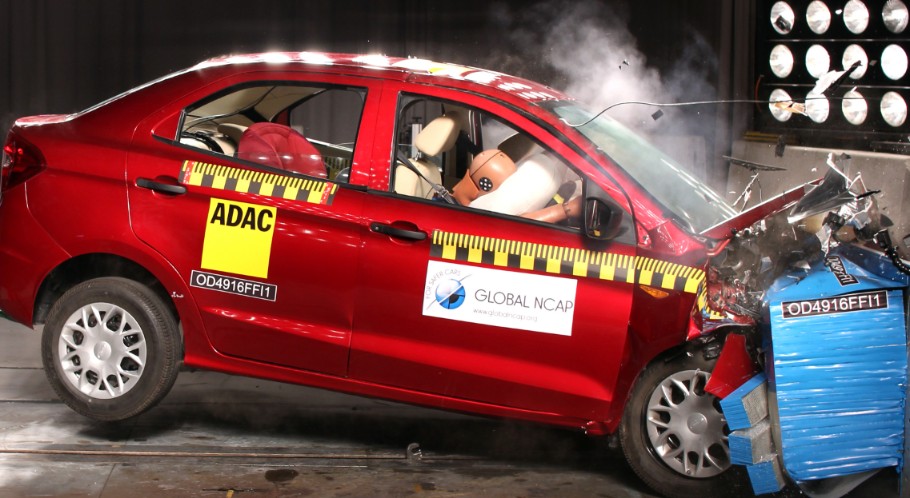 It’s not a good news for us, the results of international crash test are very disappointing. Now, it’s becoming a little too predictable now, as this is not the case with a single car, many Indian cars are failing crash test.

But, the most unfortunate thing is that even the cars under make in India has failed the crash test. In the automobile market, India is the sixth largest in the world and it will be overtaking South Korea and Germany soon.

By 2020, India will be at the fourth spot. It is also a global manufacturing hub for several automakers.

The latest round of crash test, was conducted by Global NCAP (New Car Assessment Programme) on the Chevrolet Enjoy people mover and Ford Aspire sedan and the results were depressing. The Enjoy gets zero star, because it doesn’t provide enough protection for the driver’s head and the chest. 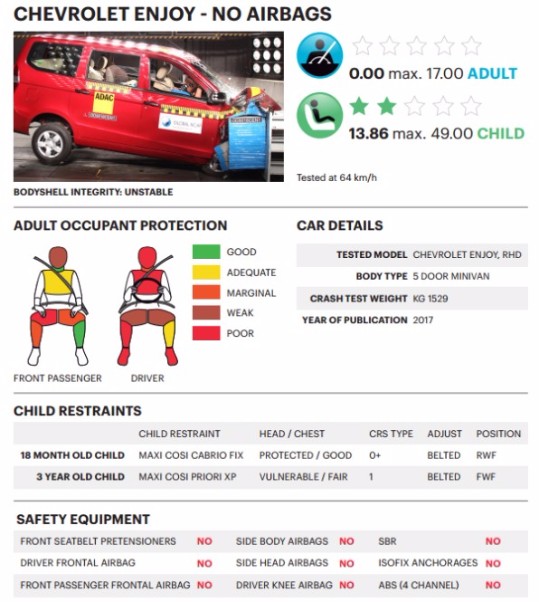 If a crash happens, then the knees of the passenger will hit the dashboard. The car could not stand any further loadings, thus the overall structure of the car was rated unstable.

The Aspire got three stars

Aspire bagged three stars, as the protection for the driver and passenger’s head and neck were good, all thanks to the air bags. But the knee protection suffers. 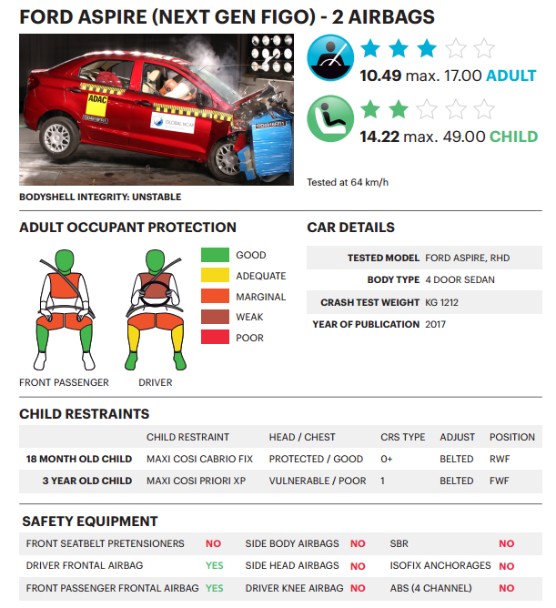 The bodyshell was rated unstable, due to the same reason that it could not stand any further load. 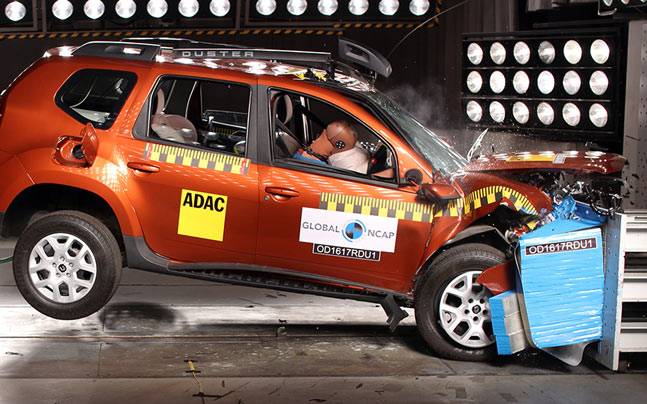 In a shocking new development, popular made-in-India car Renault Duster has failed the Global NCAP crash tests. These tests are put in place to determine whether a car is capable of withstanding an impact on accident while keeping the driver and the passengers protected. The other cars tested under the Global NCAP crash tests include the Chevrolet Enjoy and Ford Figo Aspire. The current round is the 2nd round of testing thats happening in 2017 for Indian-made cars.

The Renault Duster scored just 2 stars for protection for children seated in the rear seats and 0 stars for adult passengers in the front seat. A big reason for a low score is speculated to be the lack of air bags in the Renault Duster. This is matter of grave concern as it raises questions about the quality of international car brands manufactured in India. 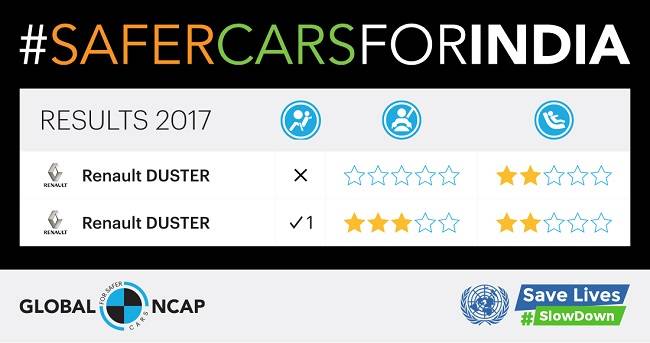 Moreover, the standards for testing are lower in India as compared to the rest of the world. While global norms dictate crash testing at a speed of 64km/hr, Indian norms require vehicles to withstand front impact at a speed of just 48km/hr to pass the test. However, from October onwards, India will start following the United Nations norms of frontal offset and side impact at a speed of 56km/hr.

India is also looking to introduce crash safety standards with Bharat NCAP, which will conduct the crash tests within the country. 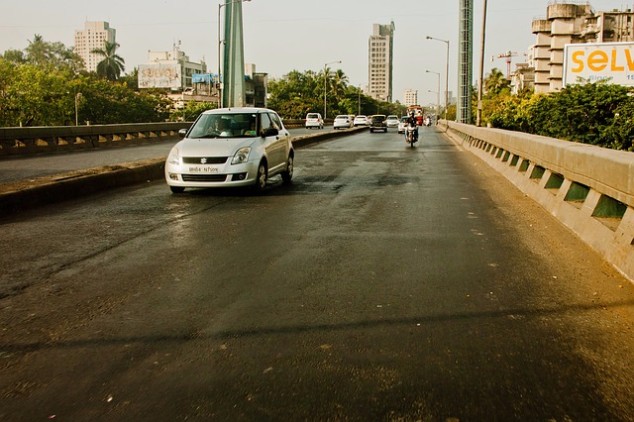 Image for representation only

The records of road-safety in India has been worse as compared to other countries. Now, it’s high time for the manufacturers to improve the safety standards of the cars that they sell.

In the third round of tests involving popular models sold in India, Global NCAP has crashed the Renault Kwid, Maruti Suzuki Celerio, Maruti Suzuki Eeco, Mahindra Scorpio and Hyundai Eon. All cars have received zero stars for safety in the tests.

NCAP has taken the matter in its own hands

Global NCAP has taken up the matter of safety regulation and appealed to the Indian government to take steps to institute a New Car Assessment Programme or NCAP, for India.

The first India crash test was conducted almost three years ago, and the second one was conducted in 2014 and the third one has been conducted this year. So, before the next test, our models should be up to the latest safety regulations and we hope that next time we’ll make it at least to Four stars.

These tests implies that the Make In India cars need to have a bodyshell, that can remain stable even in a car crash. This is an absolutely crucial pre-requisite for the passenger’s safety with the fitment at least of front air bags.

Car makers must ensure that their models pass the UN’s minimum crash test regulations, and support use of air bag. Only introducing these features in the cars will make this Make In India more successful, as the products that are made in India should be more reliable than the foreign products, otherwise the people would not prefer them.