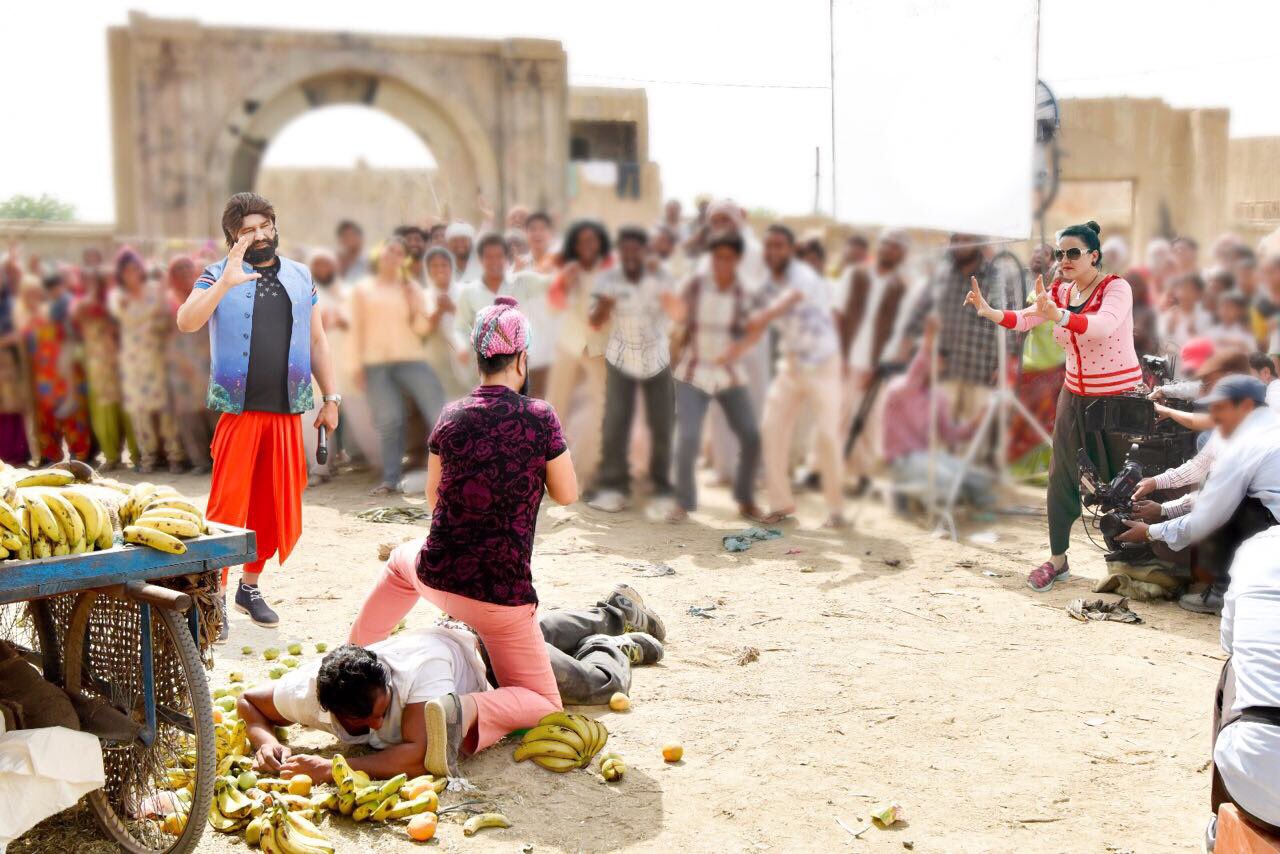 Film makers have fallen in the all too familiar trap of Dada Kondke style double entendre dialogues and actors mouthing obscenities; all in the name of tickling a funny bone. But to talk of healthy comedies that families can watch, they have become increasingly scarce Bollywood fare.

Even top notch Bollywood actors exhibit their real selves on places like AIB Roast, proudly showing off their cultural poverty with their expletive laden vocabulary. Only bad speech is good fun, they try to convince you endlessly.

But that is going to be a thing of the past as Saint Dr.MSG has invaded Bollywood in his inimitable style and he has teamed with his hardworking daughter Honeypreet to pack more punch. Jattu Engineer is going to be good, clean fun he has promised. And in the dollops of entertainment and laughter, some message is surely going to be served, we are told.

When our delegation of journalists from Delhi went visiting the sets, we were amazed. The set was spread over acres. Sadly, the producer was not happy with us clicking pictures so we did miss out on a great story. But the laughter started the minute we entered the location. The village had a funny name…Ta..Ti…something!

It invaded our senses literally and figuratively, but shhh.. that’s top secret. Our pupils dilated, our nostrils were invaded, our droopy ears woke up with a start and our smiles turned to sniggles and finally, our senses exploded with laughter, pure and simple. Some, like me, who had had a hearty, sumptuous breakfast laughed from both ends of the gastrointestinal system!

To cut a long story short, everything about what we saw as extremely authentic and very funny. It’s extremely rare to see seasoned crew members from the industry getting belly aches laughing at the scenes before them.

Amongst everyone who went berserk including all of us, we saw DOP Santosh Thundiyil was having a convulsive fit of laughter, and the cameraman left the camera and run away, tugging his midriff. And we were like, wow! But that’s all we can share at the moment, thanks to a very constipating media gag. But if this can happen in a shoot, just wait till you watch the film.

Basically, I was reminded of the film yesterday when I saw twitter going bonkers. At any rate, with an average re-tweet rate of 40-50K plus, Saint Dr.MSG causes several mini twitter quakes every day.

But yesterday, it was a series of tweets that promised to uncover some new developments on Jattu Engineer.

Alright fans! You have waited long enough..!!👍❤❤ #JEsurprise is just a click away!!🔜 Excited? Keep an eye on this thread! 👀

Knock Knock!🙄
Jattu Engineer playing hide & seek!! He is hidden somewhere! Let's find him..👀
Once found, #JEsurprise will be revealed.🎁

So we could only sense that something is going to launch soon with his army of fans getting super excited. But we don’t know what it would be. First poster launch, a motion poster or maybe a teaser or a trailer! But guys, I am sure that kids will have a great film to watch in their summers hols!

So stay tuned, for #JEsurprise.