Jattu Engineer – The next MSG film Shooting starts at Sirsa 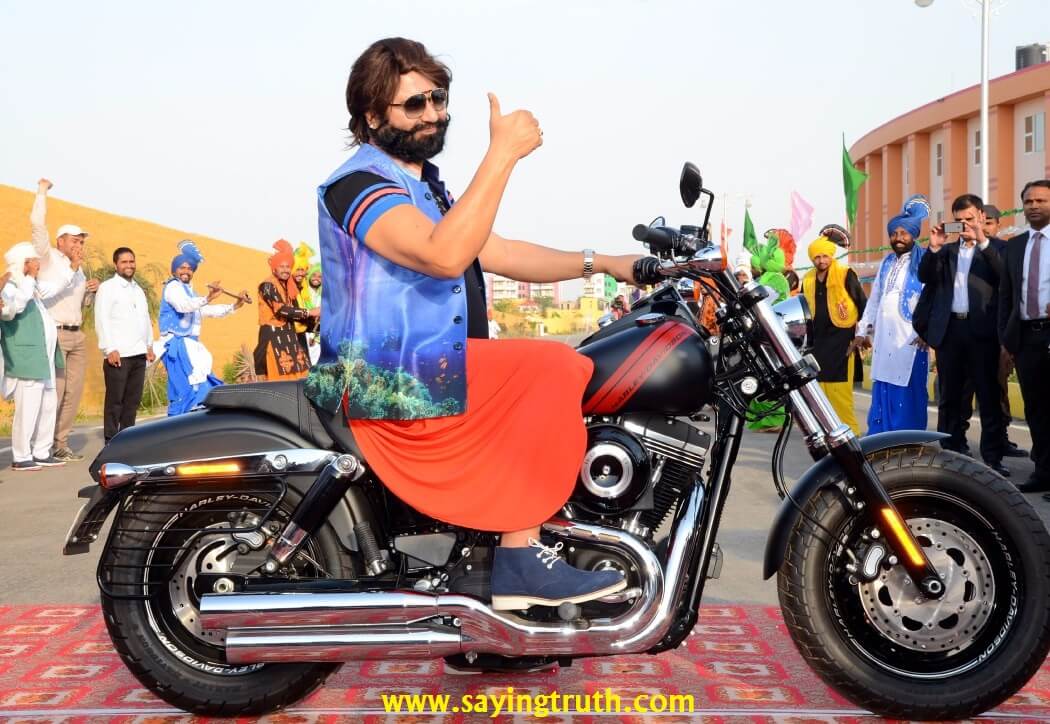 To be directed by Father-daughter duo (Dr MSG and his daughter Honeypreet Insan), this comedy movie had a pious start with lighting the lamps and releasing the balloons engraved with the slogans of movie by Dr MSG. 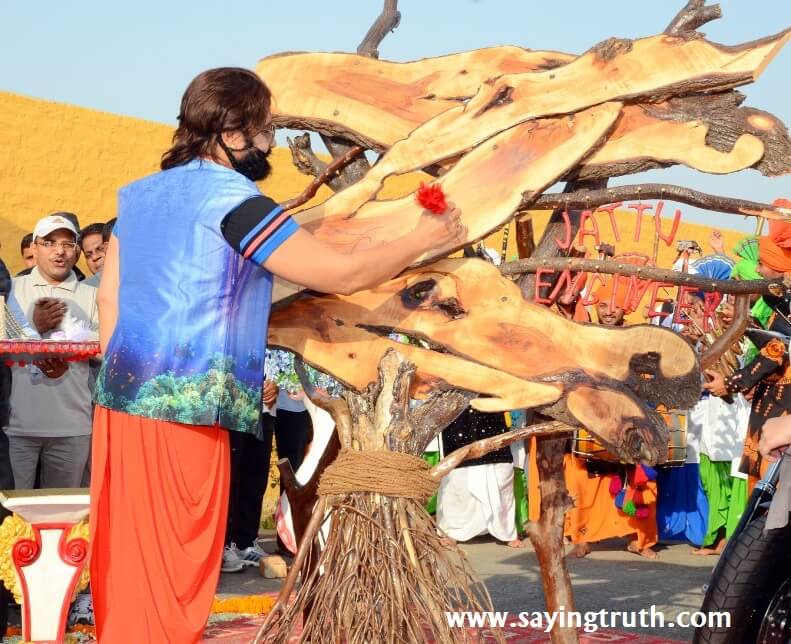 Also Read: Trailer of Saint Dr MSG’s Film Jattu Engineer is Out & Film is an absolute must-watch: here’s why: 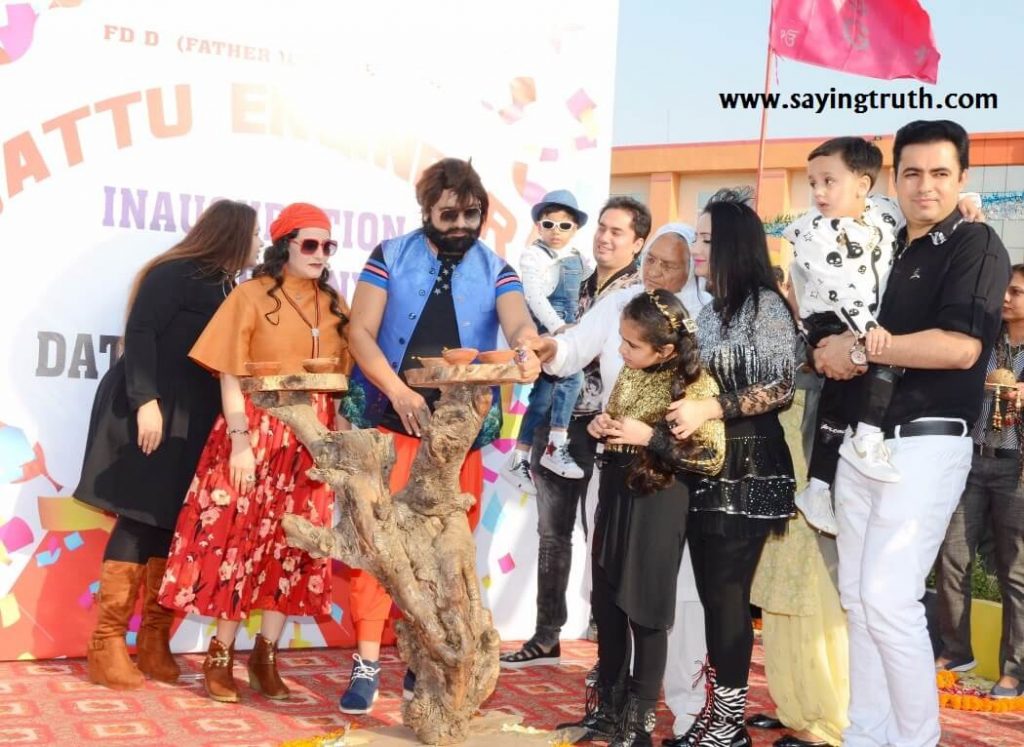 On this occasion, while interacting with the press, the Dr MSG added that Jattu Engineer is a comedy movie and its storyline is based on a village that is very underprivileged.  It has a school but no one to teach.

The inhabitants of this village are lazy as well as drug addicts.  The main lead of the movie Dr MSG is a Jattu Engineer who is playing the role of a Rajput teacher.

The movie will depict that how he transforms the lives of villagers after coming to that school.

A glimpse of Swachh Bharat Mission, started by Hon’ble Prime Minister Shri Narendra Modi will also be shown.  Dr MSG said that a part of the movie is based on true events on which the whole movie has been set up.

On the lines of his earlier movies, this new attempt will also convey a social message with a flavor of comedy.  This movie will have 2-3 songs as told by the Dr MSG.  The whole shoot will be completed within 20-30 days.  The maximum part of the shooting will be done in Sirsa whereas few scenes will be shot at other locations too.

Hindi, Punjabi, Marwadi and dialects of UP will be the prominent languages adopted in the movie.

On being questioned by the press, Revered Saint responded that the best present that he has received by movie ‘Hind Ka Napak Ko Jawab’ is that the patriotic feeling amongst masses has increased paramount.

The sight of people holding and waving the National Flag is now common irrespective of age.  He added that he himself had visualized this scene while commuting from Delhi to Sirsa. Dr MSG credited the success of ‘Hind ka Napak ko Jawab’ movie to mighty God and whole society. 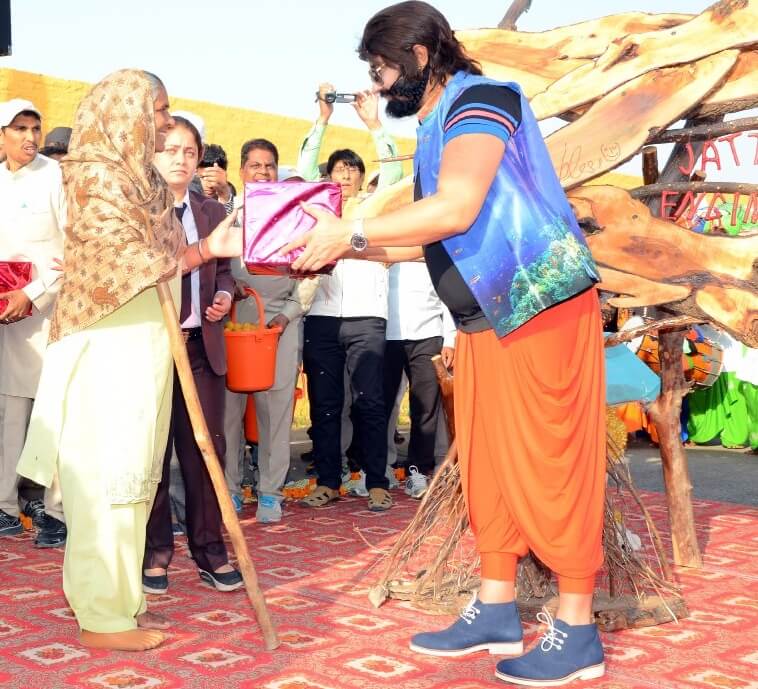 On the inaugural function of the movie, the Revered Saint distributed ration to eight poor families.