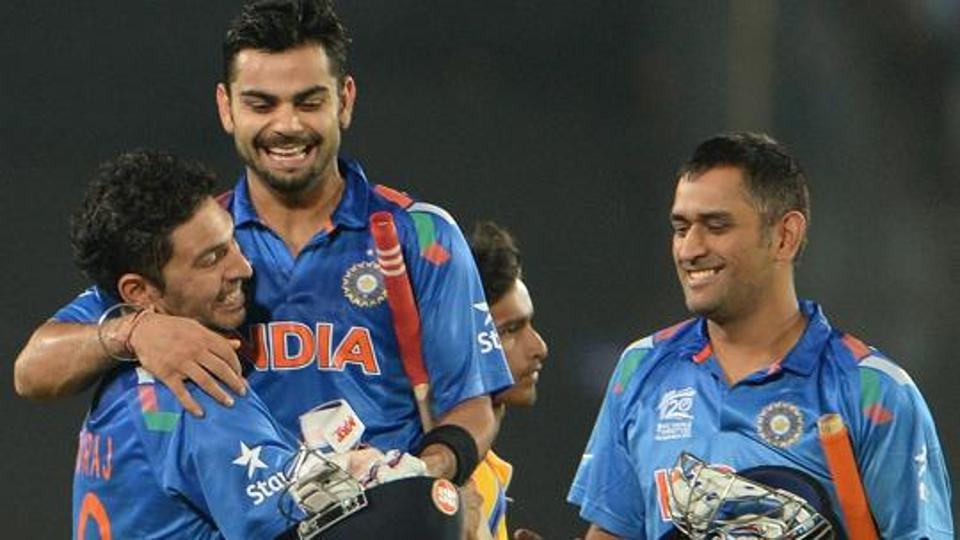 ESPN World Fame List 100 has released its list of top 100 athletes of world. As a matter of great pride for India, 4 cricket players have bagged spot. At 13th place, Virat Kohli, the versatile cricketer of India, M.S. Dhoni at 15th, whereas, Yuvraj and Raina have been ranked 90th and 95th, respectively.

Top position has been bagged by Portuguese footballer Christiano Ronaldo while Lebron James from NBA, Argentine professional football star Lionel Messi and tennis champion Roger Federer are the top four athletes, in that order. Tiger Woods, Usain Bolt and Rafeal Nadal have made it to top 10 in the list.

The ranking is based on formula devised by ESPN director of sports analytics Ben Alamar that includes a number of factors like endorsements, social media reach etc. The Indian cricketers have shined in terms of their market reach like Kohli, who has endorsed Puma and his eight-year deal with this shoe company is worth more than 100 crore rupees, the largest ever for an Indian athlete.

The features on Yuvraj Singh who battled a rare form of lung cancer will be a part of ESPN the Magazine, who has also launched the YouWeCan foundation to fight cancer. The comprehensive list also includes 8-time Grand Slam men’s singles champion Federer;  swimming ace, Ryan Lochte, and Formula One champion, Lewis Hamilton.