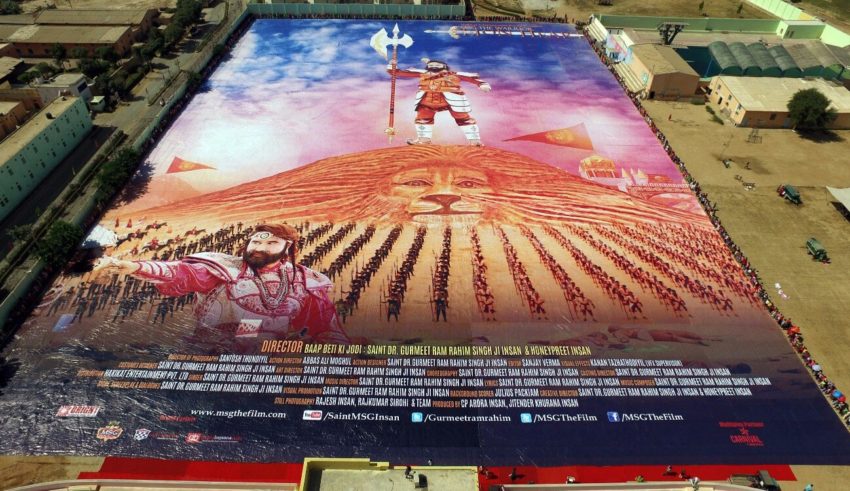 According to Pushpa Insan the event organiser, the poster was crafted as a symbol of love and joy from MSG fans to mark the success of the film within 1st week of hitting the Silver Screen. 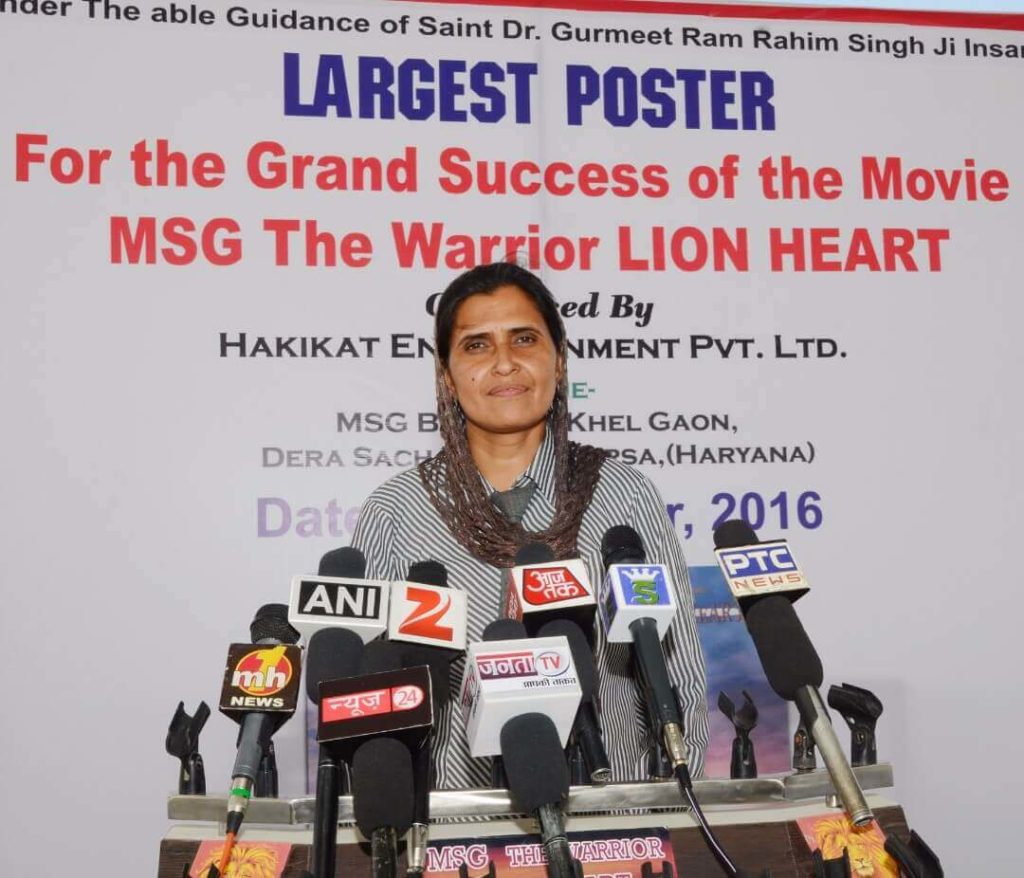 Further, she announced that this poster of the  Lionheart movie is almost twice the size of the poster that held the world record from Switzerland.

MSG The Warrior Lionheart has already listed  one  record under the Asia book of Records for  simultaneous lighting of 1 lac 50 thousand earthen lamps  on 23rd Sept (The same has been sent for Guinness Book of World Records as well). Moreover, the three role in front and 30 Roles behind the camera  for this movie has earned Dr MSG a record in the  India Book of Records. Dr MSG has been felicitated with 18 awards for his 3 films namely, MSG The Messenger, MSG-2 The Messenger and MSG The Warrior Lionheart.

Adding another jewel to his already dazzling crown, Dr MSG was recently awarded the prestigious Dadasaheb Phalke Film Foundation Award, 2016 for His film MSG-2 The Messenger.