Startup culture is growing every day in India and we can witness with the type of success youngsters are getting. The support these startups get along with the easy policies, helps these individuals as well as our country’s growth.

As they say, if you have the will power to do anything, you can surely do everything. The young minds of India are no less than anyone and we have been proving it a lot lately. Be it in the IT department or vocational, we are not behind at all. In fact, the worldwide players are hunting for talent and scope in India these days.

Similar thing happened in Mumbai. Two brothers named Divyank Turakhia and Bhavin Turakhia sold their IT startup to a Chinese firm for $900 million and became billionaires Times of India reported.

Let’s look at the whole story in a broader scope: 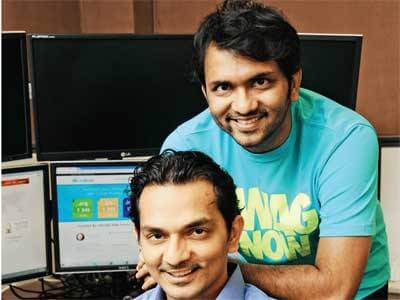 Divyank and Bhavin were born and brought up in Mumbai and their company’s name was Medianet. This company provides a variety of products for creating, targeting and evaluating advertising campaigns.

It also supports publishers and authors by connecting them to relevant ads on Bing and Yahoo. When the Chinese investors approached them for the deal, they grabbed it without even hesitating.

After all, this deal is bigger than Google’s purchase of AdMob and Twitter’s $350 million dollar purchase of MoPub.

In fact, this deal has come at a time when the tech industry is struggling in our country.

The investor’s consortium consisting of Beijing Miteno Communication Technology (BMCT) Chairman Zhiyong Zhang paid $426 million in advance. Now, they will make Medianet one of their subsidiaries. Well, we hope these brothers inspire a lot of youngsters in our country.