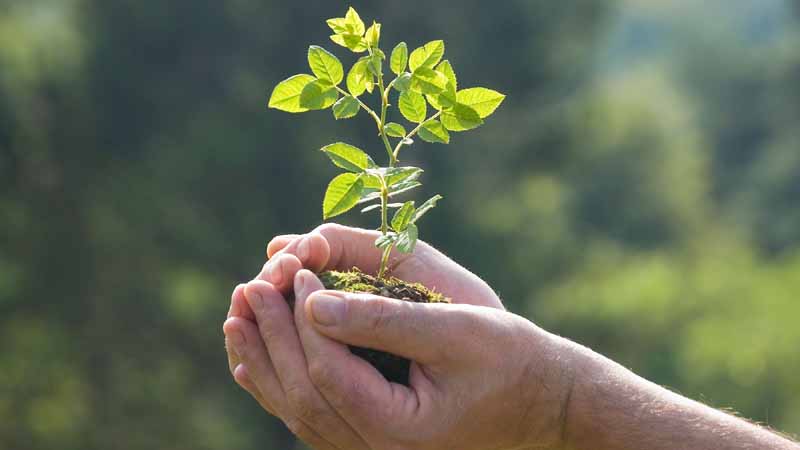 Trees provide us with oxygen which helps sustain life on this earth. They also provide us with nutrition in the form of fruits and vegetables which keeps us alive. With increasing pollution and climate change, trees remain our best safeguard to fight against the destruction that is being done by man around the world.

Often, people tend to chop off trees without worrying about consequences. Even when they are found guilty, they usually pay a fine which goes into the Treasury. No one ever wonders about the destruction done by these people and the number of trees goes down leading to deforestation.

In a novel move, the Special Environmental Tribunal in Kurukshetra, Haryana decided to award a different kind of punishment to 11 accused who were found guilty of chopping down 36 trees.

Rather than imposing a fine or sending them to prison, the Magistrate Anil Kaushik decided to teach them a lesson in rectifying the damage caused by their actions. As a result, the 11 convicts have been ordered to plant 6300 new saplings as their punishment.

Moreover, the convicts have been ordered to plant these trees immediately so that the saplings can start developing and growing with the coming monsoon season. In addition to this, the tribunal has also directed the forest department to send out a notification stating that the convicts are responsible for the protection and well-being of these 6300 saplings.

These accused had been prosecuted by Assistant District Attorney Bhupendra Singh for illegal felling of trees in the Jind district of Haryana. They were charged under Section 3 of the Forest Act 1927 for illegally chopping Shisham, Safeda, and Kikar trees from a protected area which belonged to the Forest Department.

This sort of unique punishment will set an example for those that indulge in deforestation and the illegal felling of trees. People need to understand that without trees, none of us could exist in this world.

We salute the Special Environmental Tribunal for coming up with a novel punishment which will not only help in growing the number of trees but will also help the accused understand their mistake and repent on it.