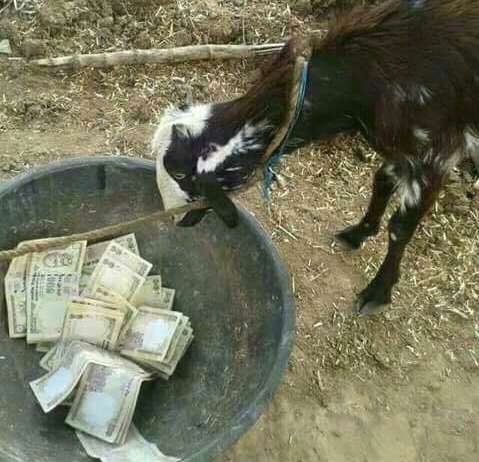 Disclaimer: This story is a work of fiction which is intended to bring a smile to your face. It bears no connection to events and characters in real life. The subject matter is intended purely as satire.

Yes! Rs 500 and Rs 1000 notes have got banned all over the country. And if you are feeling somewhat restless about this decision, here are some social media posts to help you have a good laugh. Enjoy!

Well, the legend must be dancing in the heaven….no one beats Bapu

Is this just a coincidence that Delhi is shining the brightest? Oops….

NASA's picture of Indians staying up whole night counting their 500 & 1000 Re notes pic.twitter.com/3fzoXPkDy7

Mirror mirror on the wall, who’s the prettiest of them all ~ Rs. 100 note

Be careful who you call ugly in middle school. pic.twitter.com/DD9dDerBys

The one on the Rs 2000 note looks the most gorgeous, right?

All You need to Know about : How To Download And Use Roar 7 App

We all use social media in our daily lives. The main problem faced by users while using di…