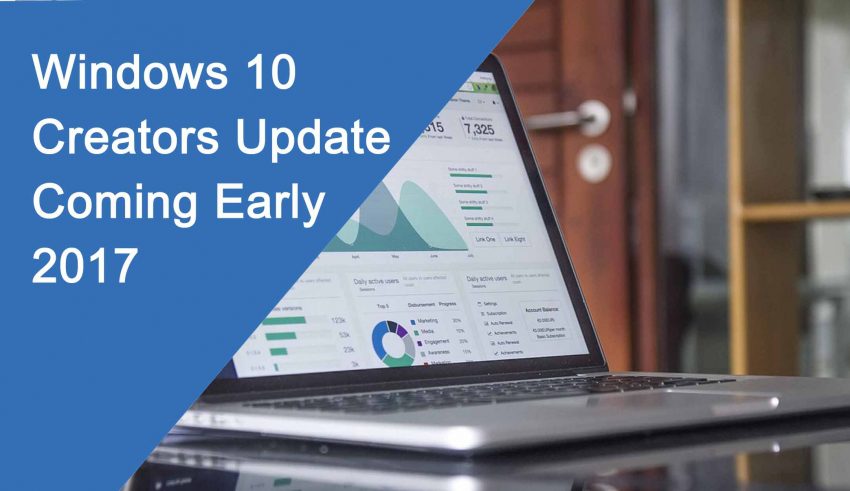 Over 500 million devices worldwide currently use Windows 10. After an update in November 2016, Microsoft has finally rolled out its Windows 10 Creators update which is now available for download.

With a special focus on users working in the media and design field, the new update contains several interesting features and bug fixes which we shall discuss in detail below.

The Edge browser sees significant changes in the new Windows 10 Creators update making it visually appealing and user friendly. The browser incorporates a new “tab management” feature which allows you to hide tabs and free up space on your screen so that it doesn’t look too crowded.

Moreover, have you ever just quickly wanted to check a website while working on something else? The new “preview” feature in the Edge browser allows you to do just that. It loads tabs in the background and shows you a preview of the webpage when you hover your cursor over the tab.

Yes, you heard right! One of the oldest and most favorite programs on Windows, Microsoft Paint has a completely new avatar on the Windows 10 Creators update.

The new Paint app allows you to convert your drawings into 3D by just a few clicks of the button. You can create your paintings and doodles on your laptop either using a mouse or through a Surface Pen in case your device has a touchscreen.

Are you a dedicated gamer who sometimes feels that the computer slows down while you’re engrossed in your favorite game? Not anymore. The Windows 10 Creators update incorporates a special gaming mode in order to improve performance. All you need to do is press the Windows key + G on your computer turn on this mode.

Once you’ve done that, the system enters into a dedicated gaming mode where processor and memory resources will give priority to the game over other programs. Now, you can say goodbye to frozen screens and lags in the middle of your game.

Considering the popularity of e-sports live streaming with the advent of sites like Twitch, the new Windows 10 Creators update incorporates a special feature called Beam. This feature allows you to live stream or broadcast your game to the community as you are playing it.

Moreover, there’s yet another new feature called Game DVR which allows you to record your games as you’re playing them and render them into a video which you can later upload on YouTube or other streaming sites.

This feature is not just for games but also for when you’re using your computer for normal functions like browsing the internet or working on a document. Think of it as a screenshot thats not just a picture but an actual video!

You can go ahead and work late into the night without worrying about losing your sleep. Night mode: a feature that was traditionally offered by Apple is now available on Windows.

Are you someone who uses maps regularly to navigate to work and other places? Ever found a shortcut which is still unavailable on your online navigation map?

Ever gotten frustrated with the amount of malware that seems to slow down your computer? The new Windows 10 Creators Update has a wonderful solution for this.

The new Microsoft Defender program functions as a one-stop-window for all your security requirements. With virus protection, firewall, device performance optimization, and app and browser control, it pretty much removes the requirement of needing a third-party antivirus or security program.

The new Windows 10 Creators update supports 360° videos for the first time ever! Now, you can create your own or watch phenomenal 360° videos shared by your friends on social media.

This update is also futuristics as there are talks about movies incorporating the 360° feature in the future to make the 3D experience even better. This support for 360° videos is especially important for users of the Xbox gaming console as it makes your video games even more exciting and real.

The best news is that the Windows 10 Creators update has been made free-to-download by Microsoft. The PC version is already out and supports all computers running on Windows 10 including Windows-powered devices such as the Surface 3 and 4 Pro. In addition to that, the new update is also available for tabs running on the Windows 10 platform.

Mobile users will have to wait just a little bit longer. Microsoft has announced that the mobile version of the Windows 10 Creators update will be available starting April 25th. The company will soon announce which Windows devices will be compatible for this new update.

If your PC is supported, you will automatically start seeing pop-ups asking if you wish to upgrade to the new Windows 10 Creators update. You can also do it yourself manually by using the Update Assistant program.

Or you want to know something cool? The new update can be installed entirely without using your keyboard! Microsoft has upgraded the Cortana voice assistant which will allow you to download the update by using just a voice command.

Go ahead, install the Windows 10 Creators update now and tell us about your experience and any new features that you like!