This is the story of Dhrangadhra, a small town of Gujarat. Once a princely state under the British, this region has stories to tell.

Life was never easy here and if you were the fairer gender, than it spelt disaster. Take the story of ‘Daniben Makwana’, a 50 year old woman. Widowed at the age of 30, life was never bed of roses for her. Like rural Indian women, coming from socially and economically backward society, embracing widowhood at a young age, was never easy.

And the story unfolds…..

However, this is not a sad story. This is an uncommon tale. Daniben Makwana recently participated in the marriage ceremony of her daughter. 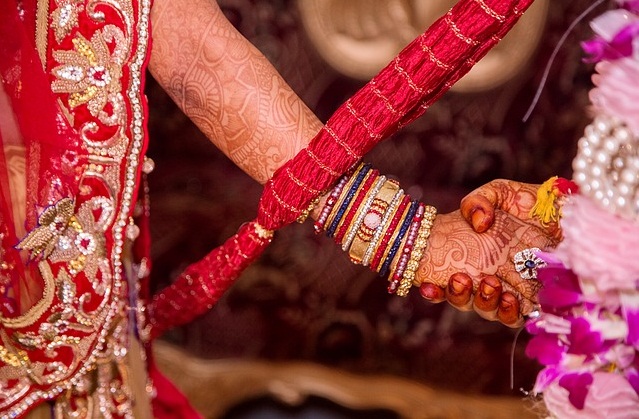 You will be surprised to know that widows are even prohibited from taking part in any auspicious occasion in their community, marriage is a far off thing. According to an age-old belief held not just in Dhrangadhra “It is considered inauspicious for a widow to participate in any religious ceremony or ritual in the family”. Members of my family never allowed me to perform any rituals during the wedding ceremonies of my sons,” quotes Makwana.

It was due to the initiative of ‘Video Volunteers’ as part of their campaign ‘Khel Badal’ that Daniben got the courage to perform the wedding rituals. According to the NGO, there are about 45 widows who belong to this socially and economically backward community. They never had the courage to break away from these shackles of patriarchy as Daniben. Yashodhara Salve , the head of this campaign exclaims-

“Most widows are not allowed to participate in any auspicious occasion, be it a simple puja or a wedding ceremony. Even the pandit who solemnizes the wedding keeps widows away from the ceremonies. They rather ask some other family member to step in instead of a widow.”

Daniben stood out from others in this respect. Initially she hesitated to come out in the open, but with family support she took the step. ‘Shantuben’, another 62 year widow speaks out about how she too wanted to break these patriarchal taboos, but fear of society was the final winner in her struggle.

What we as individuals can do is, appreciate Daniben’s struggle and encourage people like her to come forward and break irrational stereotypes.