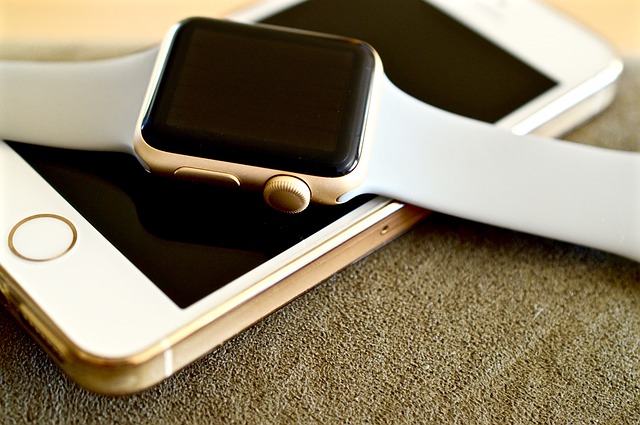 “Change is inevitable; change is constant!” With every passing year, there comes some new technology advancement. While some of these advancements seem to be in nascent or early stages and would take some more time to develop. Some are ready to make the preceding methods obsolete and transform the world.

The year 2016 is going to end up in few coming hours. Do you know what some significant innovations in the world of medicines, transportation, agriculture, construction and other fields that took place this year are? Well, there are many.

You would be glad to know about these developments. A train that runs at 760 mph, farm without soil, rockets that return and many such incredible discoveries are there.

Here, check out 15 futuristic developments in 2016 that is going to change the world into a smarter place: 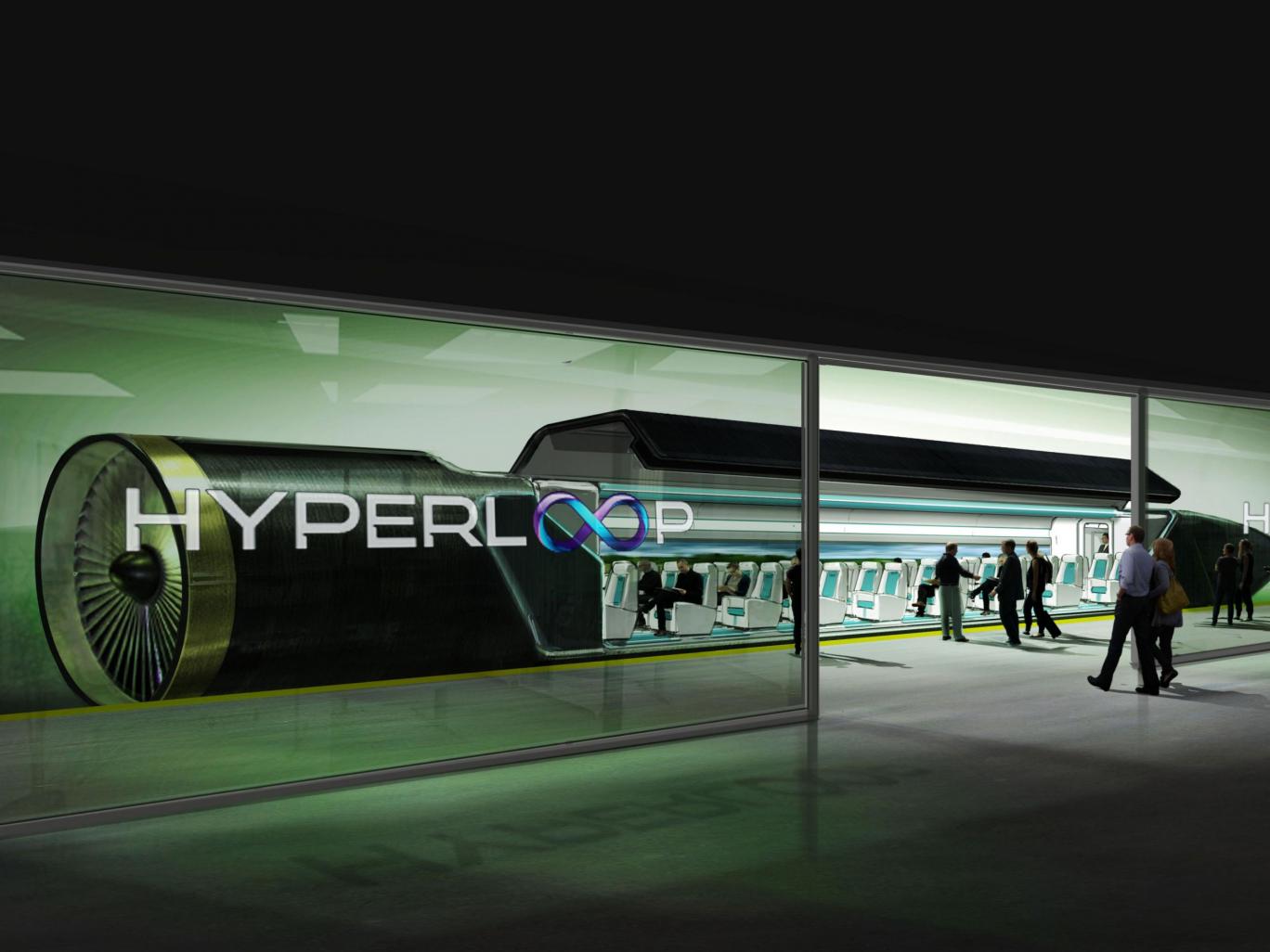 From the same mind, that lies behind PayPal, SpaceX, Solar City and Tesla. Yes, you are right, Elon Musk’s Hyperloop is his another great innovation in the world of technology.

Hyperloop is a futuristic train that uses the combination of low-pressure transit tube and magnetic levitation. This train would be floating in the low-pressure air sucked tunnel, and there would be no drag force on it.

The concept is also known by the name of “vactrain”, as it employs the idea vacuum. The train will travel at a maximum speed of 760 mph. A 5-mile test track is being constructed around Quay Valley California.

Watch this video to have a clear idea of this path breaking project.

Diabetes is one of the diseases that is increasing a fast pace, affecting the entire globe( 1.25 million people). Medtronic has brought a groundbreaking invention in this direction. It has introduced Minimed 670g, the first hybrid closed loop system in the world! The system is approved by Food and Drug Administration (FDA) of US.

The iPod-size gadget that fits on your waist and measures the level of blood sugar in your body every five minutes. It then secretes (or restricts) insulin in your body using an insulin pump. 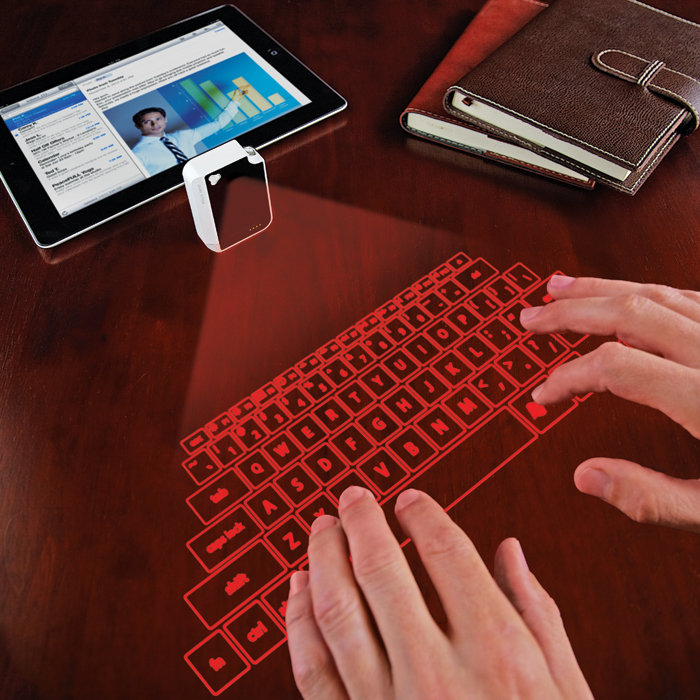 Virtual keyboard or Laser projection keyboard is the next big thing in the area of data input which remains untouched from last a few decades. With this innovation, you would no longer require a physical keyboard or mouse. Just a projector and a surface, any surface be it a table or a wall. What an idea!

The innovation will ultimately kill all the physical mobiles and tablets by integrating cloud storage, virtual screen and virtual input. Thus, all that would rule is the virtual projection.

4. Tires that Spin in every direction 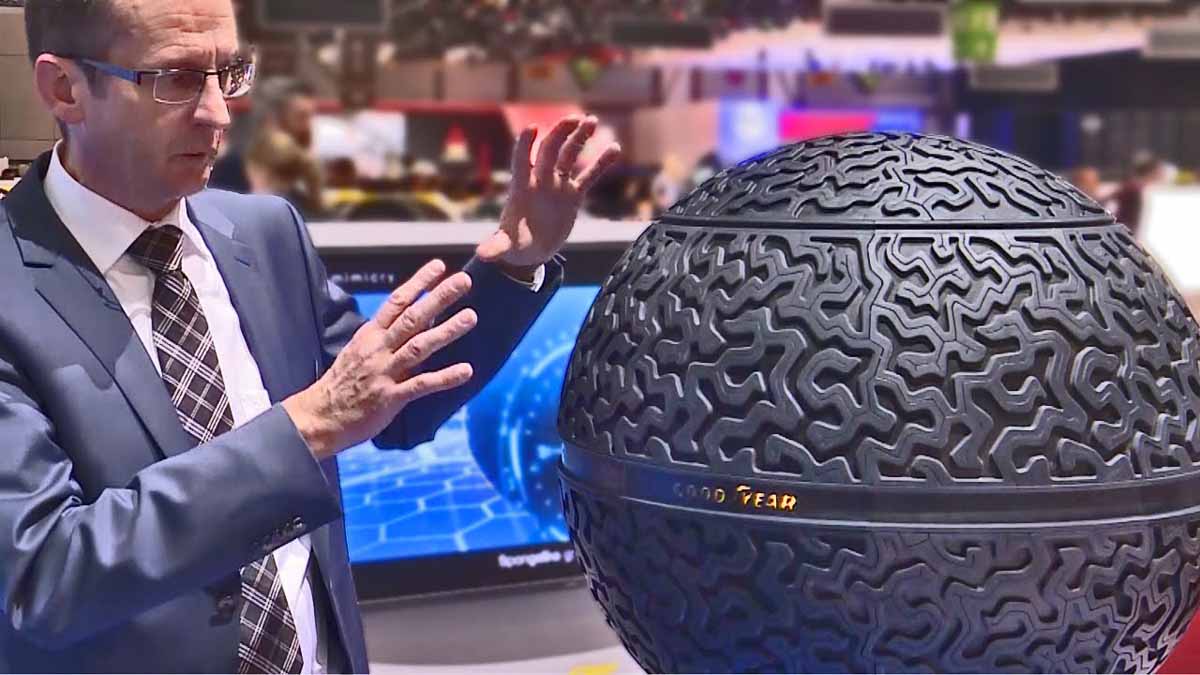 How would your car move if its tires were all spherical. Well Goodyear a pioneer in tire manufacturing has come up with this fantastic idea of replacing the regular tire with spherical tires.

At present stage it’s purely a concept tire but, the idea is very promising keeping in view the autonomous driving. This is going to help your car steer better, 360 degree turning, lateral movement and solve parking limitations.

Watch this video to have a feel of this futuristic tire concept. 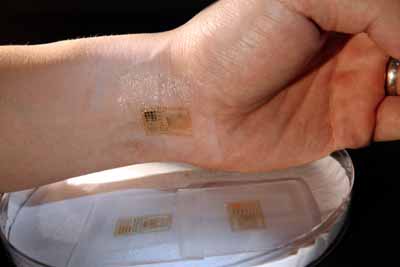 Electronic tattoos are next great innovation that combines material engineering and electronics. It would ultimately revolutionise the medical world. Initially it is developed by Yael Hanein an Electrical engineer professor at Tel Aviv University, Israel.

Put just like regular tattoo it can easily record and transmit your muscular activities, body temperature, beat rate and various other details. The circuit is powered inductively, so no need to worry about its source of energy. These electronic tattoos are going to leave behind the wearable devices.

Watch how it works. 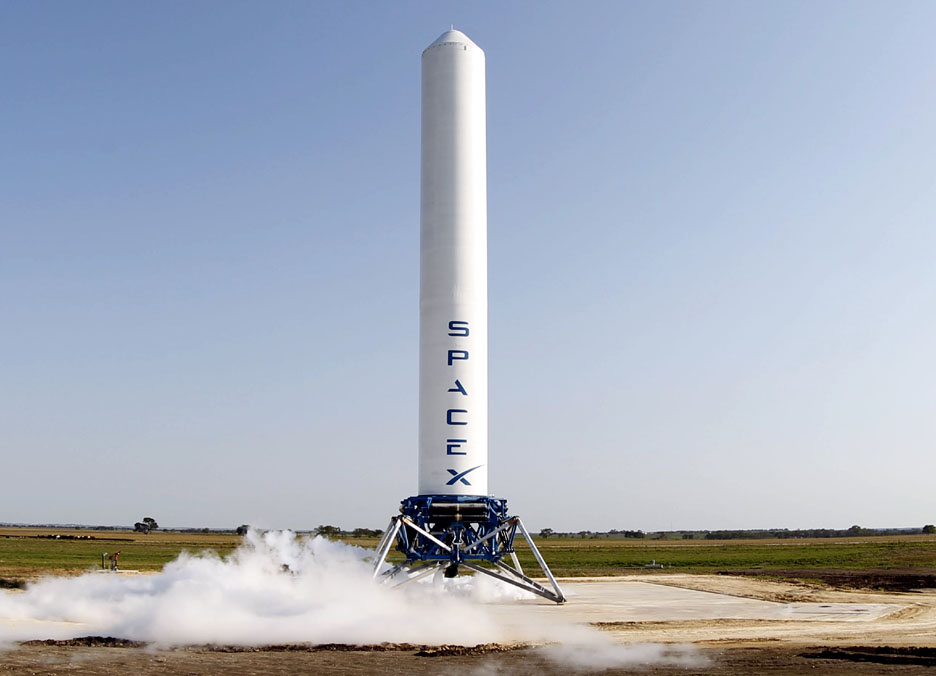 Do you know that the rockets that are used to deliver satellites into their orbit are designed for self-destruction (by burning) in their return cycle. It takes huge money to built each rocket (as high as $60 million). With this new technology the rockets are landed safely and can be reused.

The Falcon 9 by SpaceX successfully landed in July this year(for the second time) after putting the satellite in orbit. The revolutionary technology would cut down the huge spendings that goes wasted with every rocket launch. 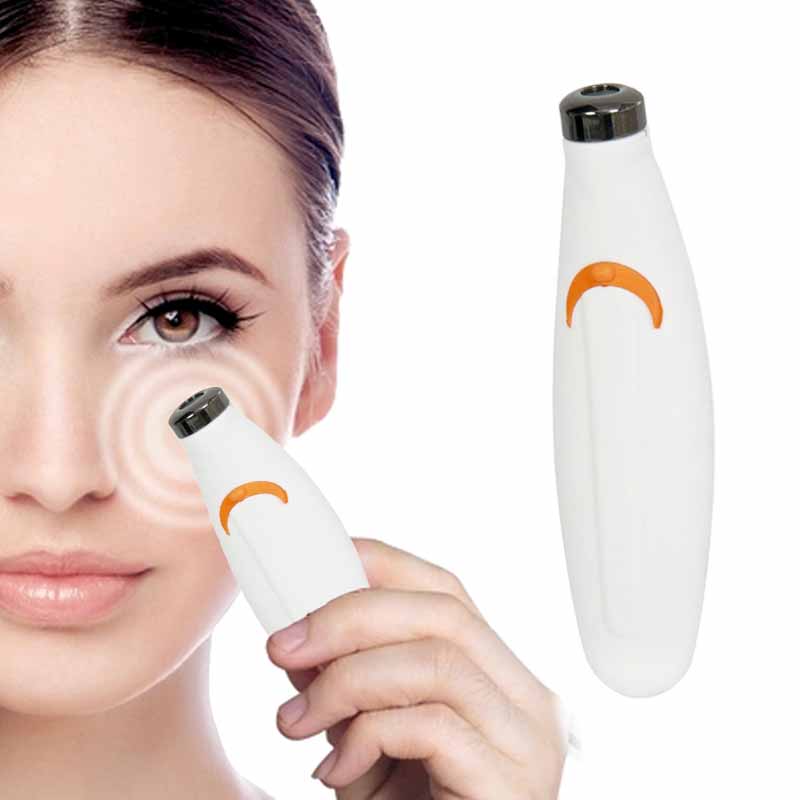 That reminds you some short of science fiction movies like Wolverine where the superhero heals his pain automatically. In coming time you can do the same with portable laser pen that can seal the open wounds. Incredible! Isn’t it?

Researchers are working on this concept also called flesh welding lasers and they are close to success. 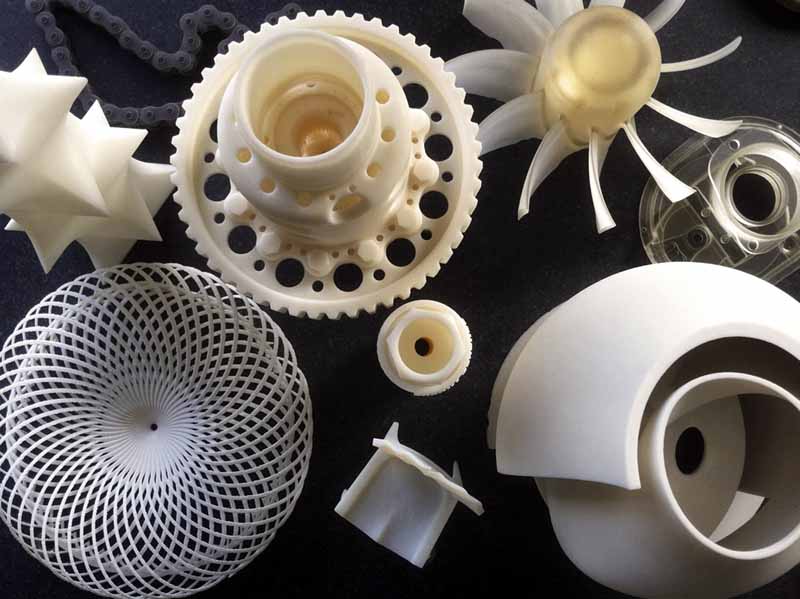 3D printing has come up to a much advanced level in the recent years. It’s no longer a thing of science fiction. In fact, you can buy various 3D printers are available on Amazon. But, still it has long way to go.

This incredible advancement would impact production, manufacturing and medical science immensely. With bioprinting, various body organs can be printed.

In manufacturing sector all the complexity of machining and assembly will be reduced to zero as compete and object (be it a car, or gadgets) can be printed directly. 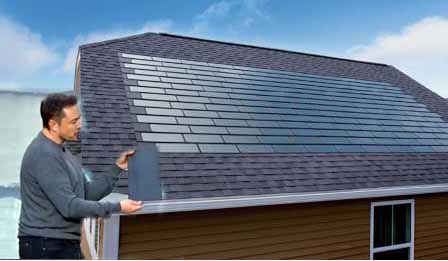 One major issue that stands in the way of solar electricity is the cost. Establishing a solar unit on your roof seems costly affair and it also looks very bulky taking lots of space. How about the fine tiles and glasses on your roof and window that work like a solar panel?

These solar tiles would give better performance that standard tiles still at a lower cost. The project is in the final stage with the effort of Tesla and SolarCity (of Elon Musk). You can expect the production work to start by summer of 2017.

Watch how it works. 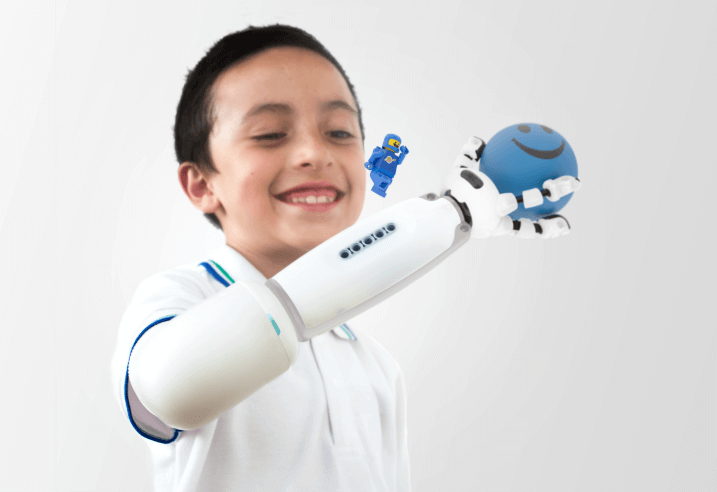 Losing a body part can be very challenging to anyone. Especially for the small kids who want to play and enjoy their childhood it can be very painful. Though prostheses have solved the problem to a significant level, still most of them are designed to serve the primary purposes.

Carlos Arturo Torres has developed cool prostheses, Enter Iko that works like a regular hand. But, it can replace itself with the cool toys attachments designed by Lego when kids want to play. The innovation holds promising way to the happiness and development of children with disability. 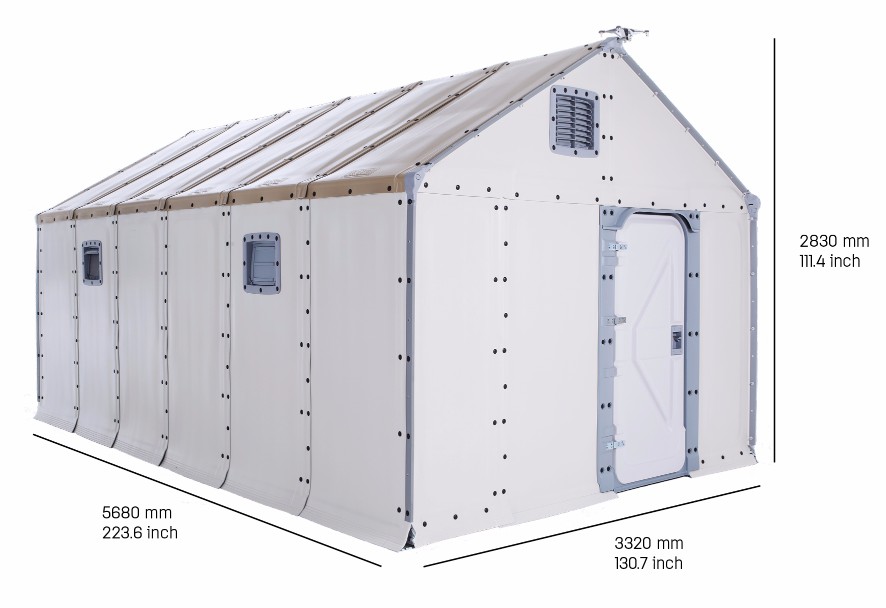 Known by the name Better Shelter, these are low cost, temporary houses that can be transported flat and assembled within four hours. These ready to live houses come with inbuilt features like solar panels and door locks.

It is developed by Ikea Foundation with assistance from United Nations High Commissioner for Refugees. Thousand of Better Shelters have been distributed among various refugee camps at places like Syria, Greece , Chad and Iraq .

This noble idea that started for humanitarian project can be great path-breakers to improve life of the poor living in worst conditions. 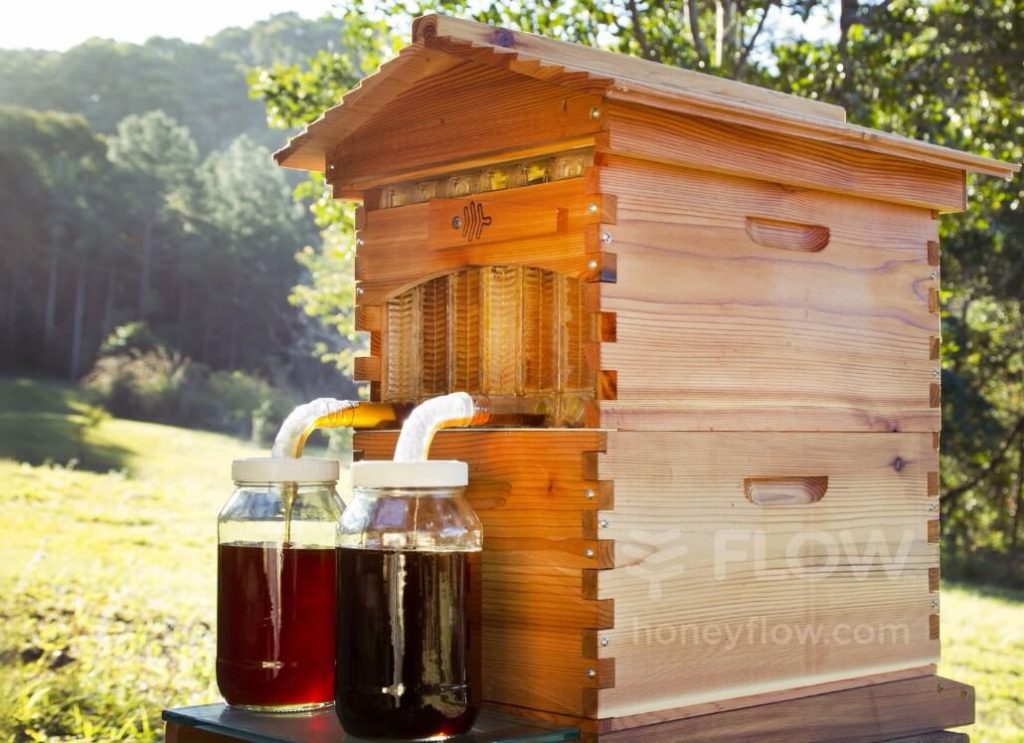 This is another great innovation in the world of farming. “Flow Hive beehive” is an automated beehive that let you draw out the honey without disturbing the bees. The set up uses incomplete honeycomb cells which the bees complete with waxes and fill with honey.

Just when the handles are turned the honey drips down as the cells split without disturbing the bees. It then collects the honey in the container placed on the side.

Flow Hive simplifies the complete process which is a bit complex where collectors have to wear a protective suit and take out the hive to collect honey.

Watch this video to discover how it simplifies the act of honey collection. 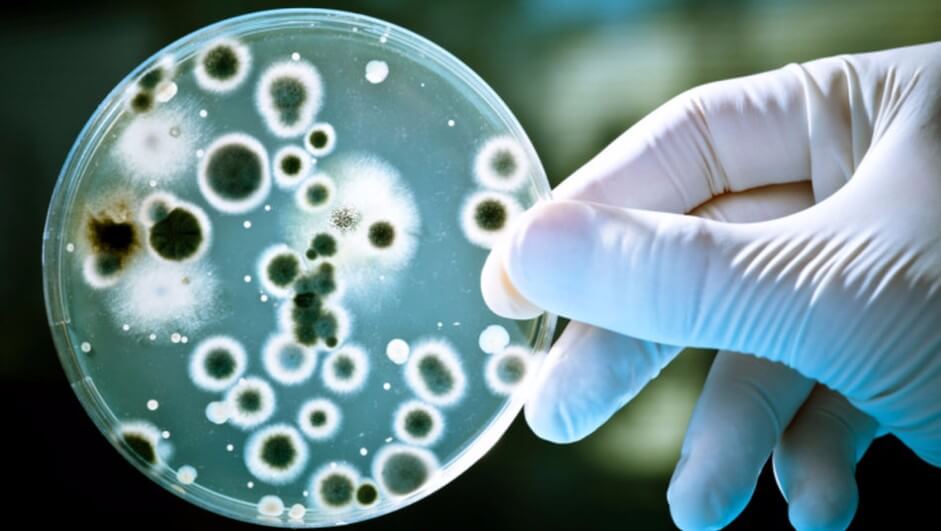 It’s one of the most non-degradable kind of plastics. It is mostly used in plastic bottle and clothes, that form major part of wastes. The bacteria is named as Ideonella sakainesis.

This path-breaking discovery prove to very beneficial for waste management by turning these hard-to-degrade material into easy-to-handle chemicals.

All over the world various road accidents take place due to human error. Autopilot, is soon going to create a new disruption in the transportation world. At present stage it can park car, control speed, steer and change lanes by itself.

The days are not far when you would just take your sit and sip coffee in the car while it takes you to the destination of its own. Recently, Tesla Autopilot is in news for saving a major car accident where a typical human driver may not have managed to react that fast.

Watch this real video clip of the event. 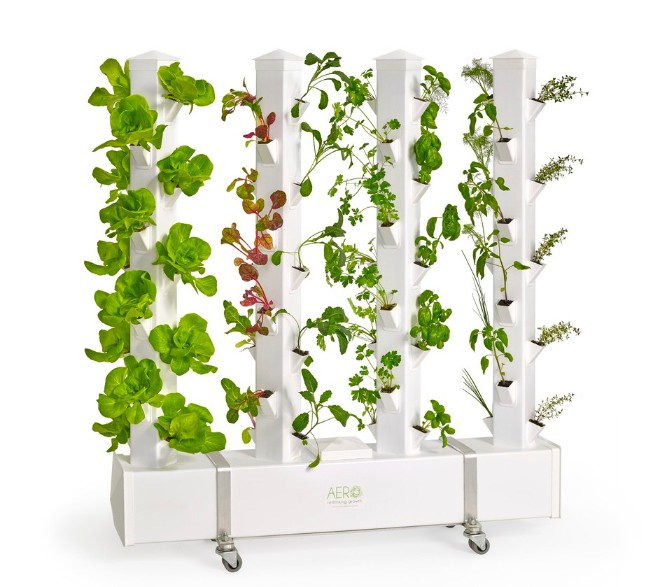 It’s a new technology in the field of farming that beats the very basics of plantation and farming. All of you have read in your science book that soil, water and sunlight are inevitable component for growth of any plant. How about growing plants without any soil?

Well, Aeroponics is the method of growing plants without the use of soil. It uses air or mist environment to sustain and grow plants. The roots are suspended in air and administered with nutrient-rich mist.

This new technology is going to solve serious issue like constricting of agriculture land. It paves way for indoor vertical farm.

Hope you have fun discovering these futuristic technologies that are (or will) be impacting your life in near future. These are impressive and breathtaking innovations that are going to transform this planet into a smarter place solving various impending problems.