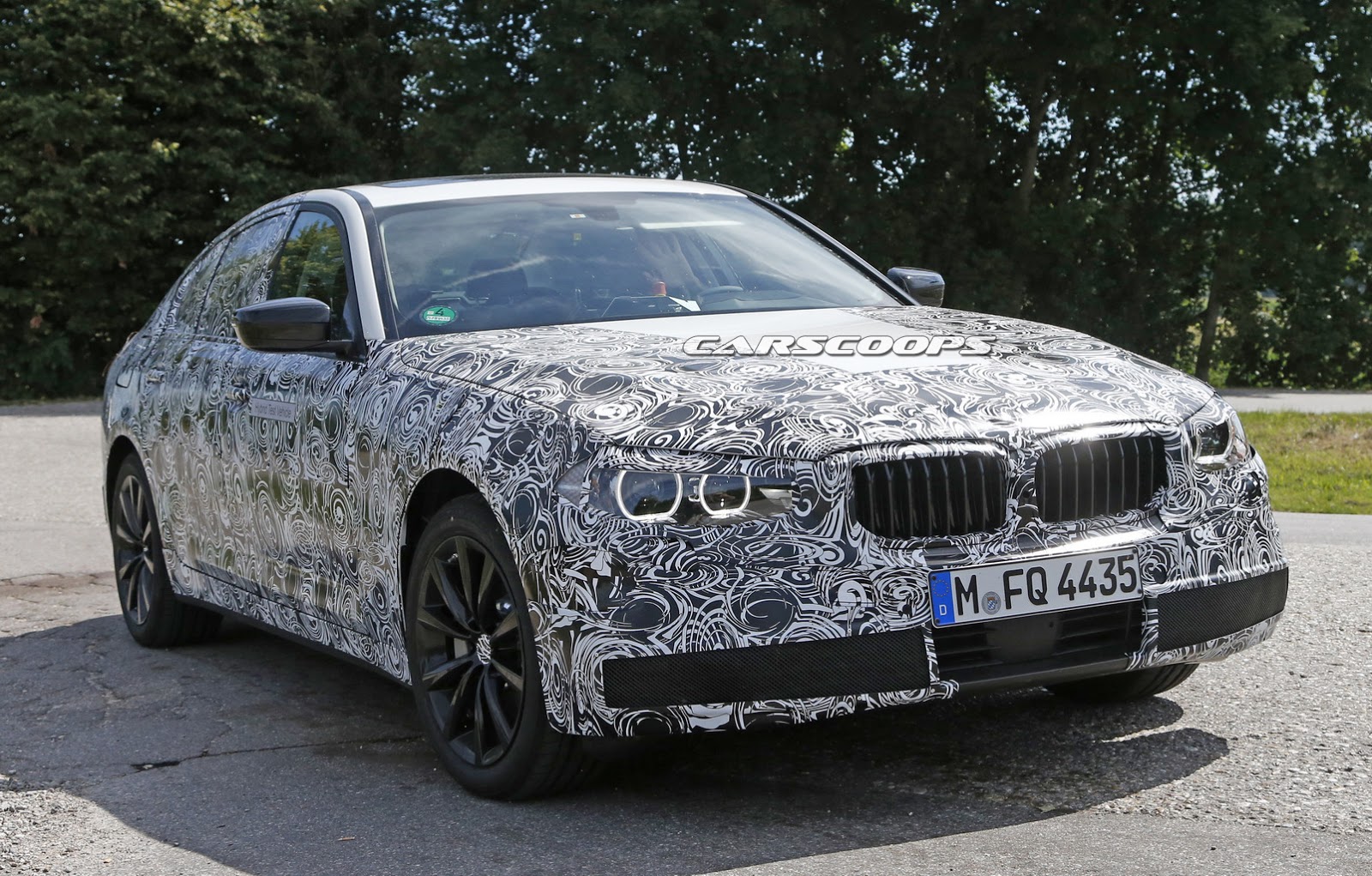 Just a couple of days before the official launch of the BMW 5 series car, the official photographs and information got leaked on GermanCarForum. The development of the car has been a big topic to chat about among automobile enthusiasts. Talking about the design of the car, it has been heavily borrowed by the latest 7-series BMW cars and a few contemporary tweaks from the 2013 Pininfarina Gran Lusso Coupé concept car.

The new 5-series looks much like the resized version of the 7-series with sexier and more dynamic proportions. Thanks to the stubbier tail, sloping boot lid and more heavily raked window, its rear looks more attractive than ever before. In terms of interiors, BMW has always been a lazy company and it again did the same copy pasting of the design. The interiors look very similar to 7-series with all high-resolution digital instruments. It also packs the free-standing infotainment screen that is present in 7-series.

When we talk about power, BMW has been a pioneer. The car packs the latest 2.0-liter B47 diesel and B48 gasoline four-cylinder units. It also packs 3.0-liter B57 diesel and B58 gasoline six-cylinder engines along with an M Performance inline-six diesel for the M550d. Apart from that is has a turbocharged gasoline V8 for the 550i to join the range as well. The company is also planning to offer the 5-Series with the same plug-in hybrid 2.0-liter four-cylinder gasoline-electric powertrain that it used in the 330e, 740e, and X5 xDrive40e.

The standard 5-series models will be available with either 6-speed manual gearboxes or nine-speed automatic. The M5 will adopt a dual-clutch transmission. The gearbox will majorly depend on the market it is sold in.

The leaked imaged and specifications of the car have made some automobile fans a little sad as they were expecting a much better version of the car. The inspired design and interiors of the car have let them down but when it comes to the comfort and luxury, even the adopted design in a BMW car is hard to match. The car will hit the European markets in the first quarter of 2017.