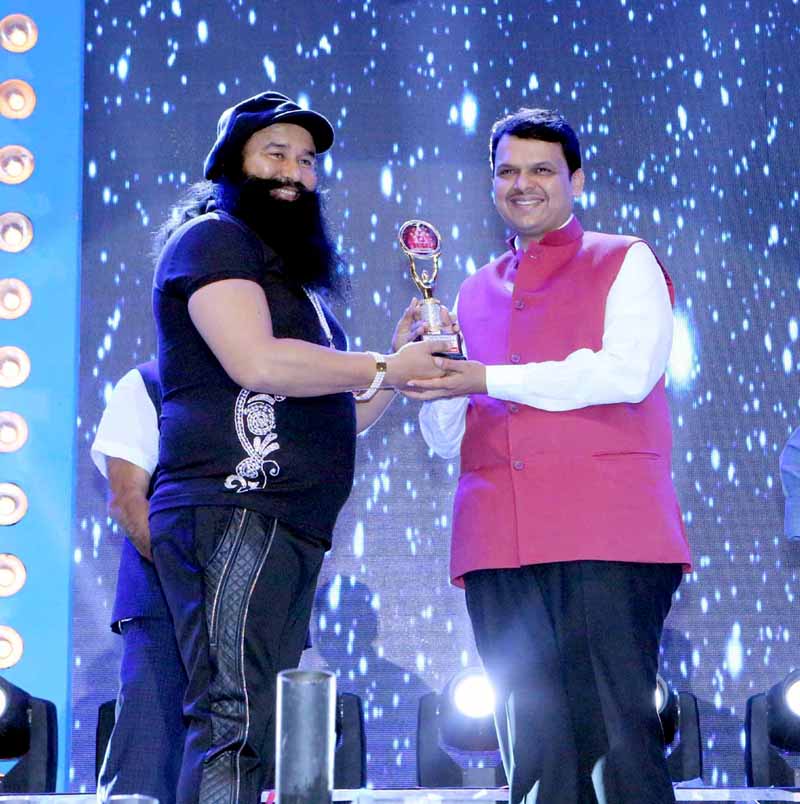 Saint Dr. Gurmeet Ram Rahim Singh Ji Insan has become a household name as he took to Bollywood with his first Film MSG The Messenger, in 2015. With just 3 Films hitting the screens, he has earned a place, what the biggies in the Industry fail to get in their entire lifetime.

After being graced with Dada saheb Phalke Film Foundation Award, for Most popular Actor & Director for his 2nd Film MSG-2, Saint Dr. MSG has One more feather in his cap, He has been awarded with the Bright Award, for Best Actor and Most versatile Personality of the year by the Chief Minister of Maharashtra, Devendra Fadnavis, in a grand event held at Peninsula Grand, Mumbai on 6th Feb. 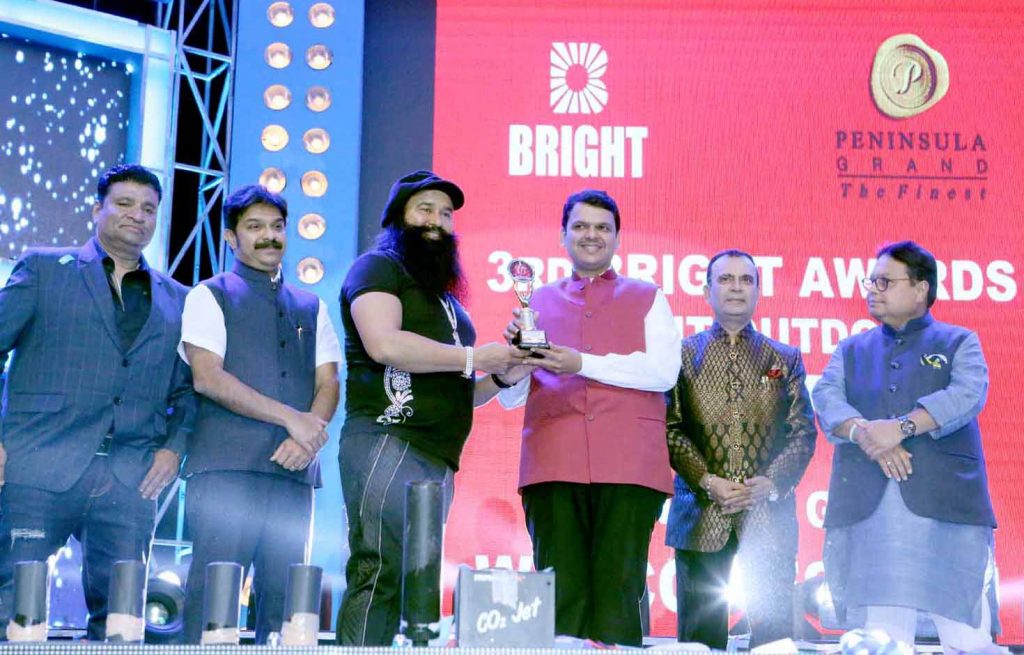 He has handled 30 departments in his earlier Film, MSG Lion Heart -1 and this time around this list has grown to 43. We really need to figure out what is left out, this time!

As you might have guessed, his versatility is totally beyond imagination, even for the best & the most experienced. He is also referred to as one Man Army, given the ease that he handles every department in Filmmaking.

Seems like there is nobody, even the slightest close to this rocking Saint, who is churning up Blockbuster Films, which are revolutionizing the whole concept of entertainment.

Apart from unique storylines, MSG series of Films have a huge connect with the Audience for their immensely popular Music, that just stays with you, for long and for the social messages, which almost always works wonders for the Society. 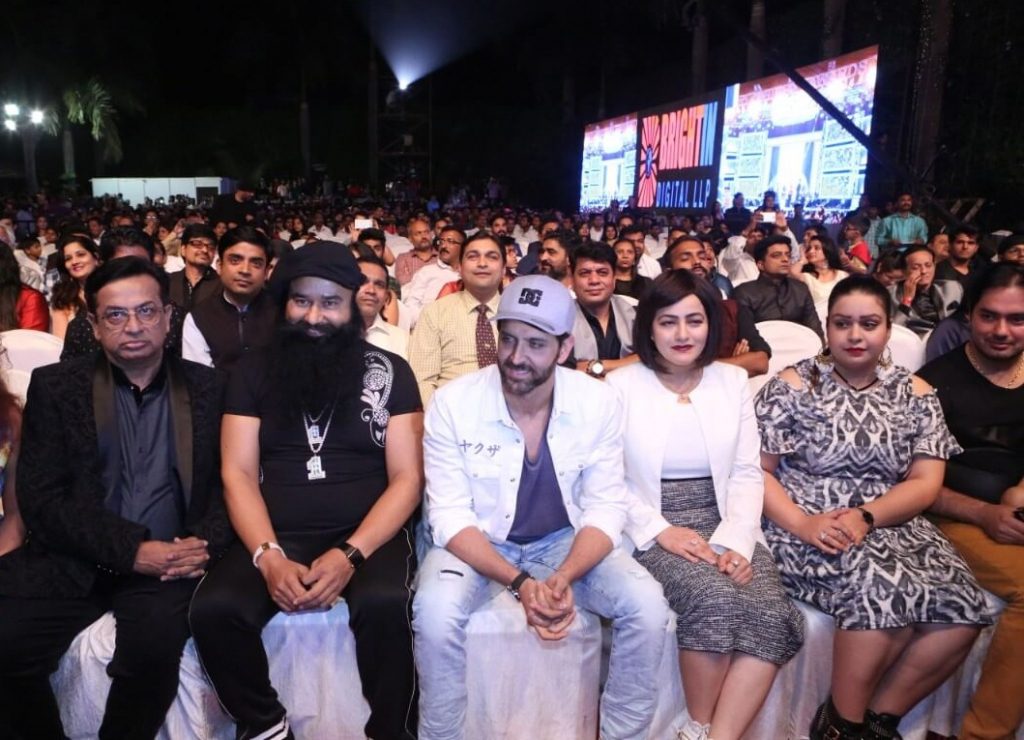 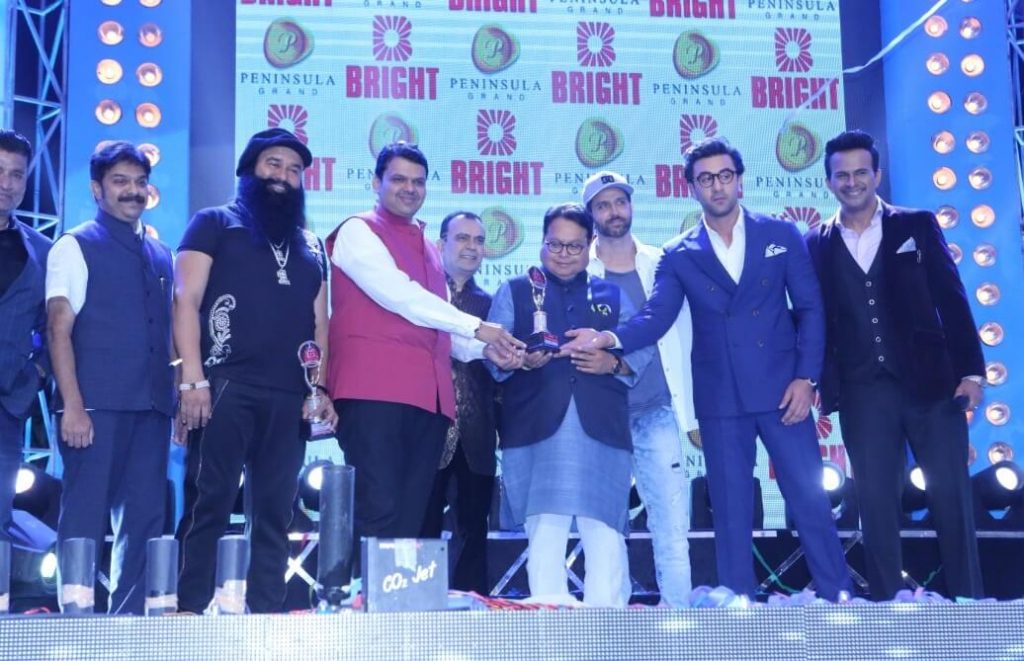 The Kaabil star -Hrithik Roshan, Ranbir Kapoor, Vinod Kambli, Rakhi Sawant were some of the stars, seen gracing the event, in their lovely avatars, posing for shutterbugs!

This Award, has definitely raised the desperation and also the expectations of Fans, who just can’t wait to see this most versatile Personality, adorning silver screens once again, in Hind Ka Napak Ko Jawab – MSG Lion Heart-2, releasing Nationwide on 10th Feb.