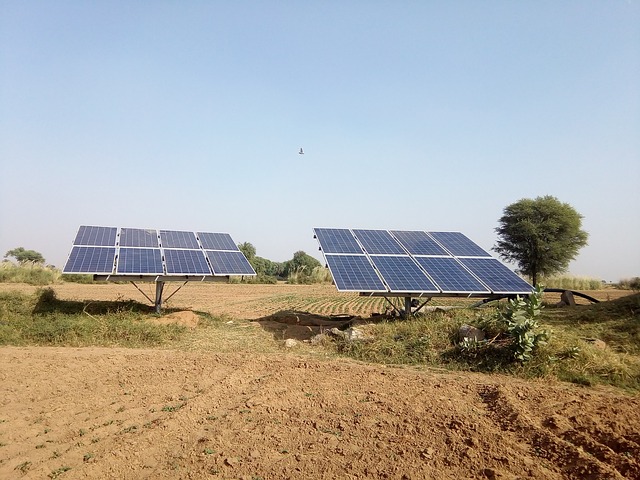 The government of the state of Haryana has taken a giant leap towards increasing the proportion of solar energy in its grid. The state has become the first in India to introduce the concept of net metering. In addition to that, Haryana will provide a 90% subsidy to promote solar water pumps in the current financial year.

The subsidy policy for solar pumps, which was announced last year, will be implemented in this financial year. Until now, water pumps in Haryana were run on conventional energy, which is thermal-based. A whopping 90% of subsidy on solar water pumps will provide a great incentive to farmers to switch to clean and renewable energy.

Blessed with sunny days for most of the year, Haryana aims to align with the Central government’s goal of helping India achieve 1.75 lakh MW solar-capacity addition over the next 5 years.

The concept of netmetering essentially encourages citizens to install solar panels on their rooftops and contribute the surplus energy to the electricity grid. In return, the government pays citizens based on the amount of electricity contributed by them. Haryana has become the first state in India to implement this concept and will provide a 30% subsidy for everyone that installs solar panels on their rooftops.

With this, the Haryana government aims to help install rooftop solar panels with a capacity of 70MW by April next year.

A significant push towards greater use of renewable energy sources like solar has been a strong vision of the Narendra Modi government. In just 3 years, India increased its solar capacity by 4x from 2,650 MW in 2014 to 12,289 MW in 2017.

Consider this: the total installed solar capacity in the world is 181 GW. Against this, in just the next 5 years, India aims to have a solar capacity of 100 GW. In pursuit of this ambitious goal, the Indian government has been taking several steps to encourage the use of solar energy. This latest initiative by the Haryana government is a step in that direction.

With rising levels of pollution and the threat of climate change, solar power provides a wonderful and clean alternative to fulfill our energy needs. Unike thermal energy, solar power is extremely clean and produces no carbon emissions. Moreover, it is much more safe and convenient when compared to alternatives like nuclear energy.

With rising investment by the government and private companies, solar power is also among the easiest and most user-friendly sources of energy. As a result, even ordinary people can tap solar energy on their rooftops without needing any sophisticated or expensive infrastructure.

Unlike conventional energy, solar power is essentially free as the investment in initial infrastructure pays off over the years. Moreover, in a tropical country like India, solar energy not only helps reduce pollution but is also a great way of reducing consumers’ electricity bills.

For Any Enquiry Related To Netmetering in Haryana Visit

Government Schemes for Education by Government of India

Education System in India : India is a prominent democratic nation with a population of ab…