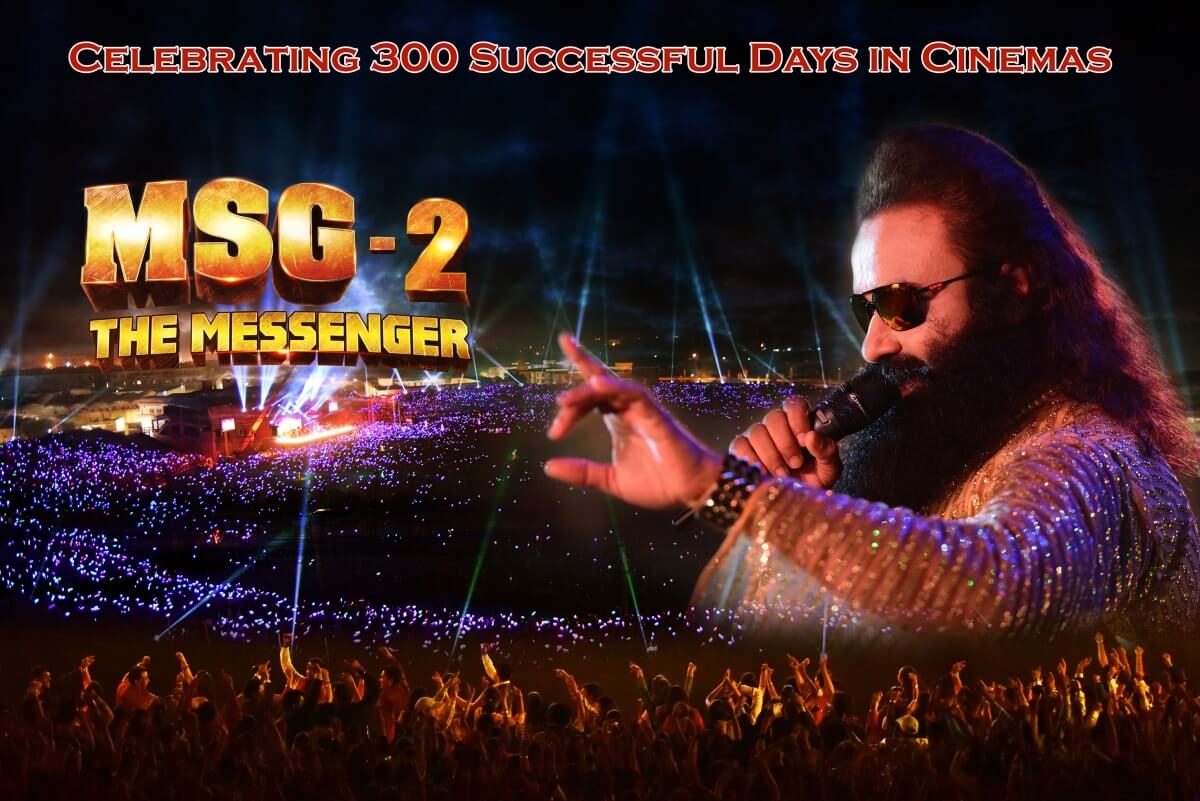 After drawing audiences with its unique story line and mass appeal, MSG-2 has achieved a feat like no other Bollywood Film, in recent times.  Completing a whopping 300 days running in cinemas, it is something no Filmmaker can imagine.

Going by the trend, MSG-2 is well on its way to make its run right up to it’s first release anniversary on 18th Sep. 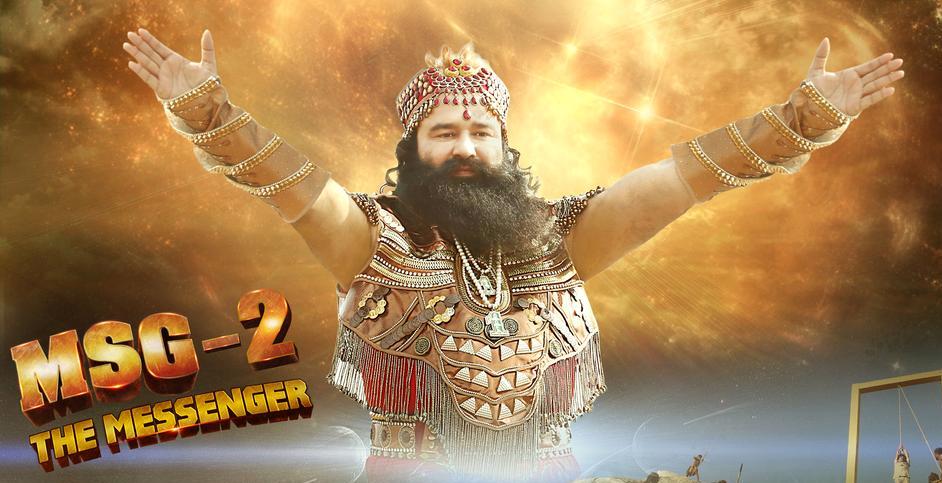 Yes, this is absolutely for real and MSG-2 is continuing its successful run in Cinemas in the northern parts of the country while it also made a strong showing down south in Telangana.

The Film had been released abroad, in many countries including USA, Canada, UK, Singapore, Italy, New Zealand, Australia, UAE and France. 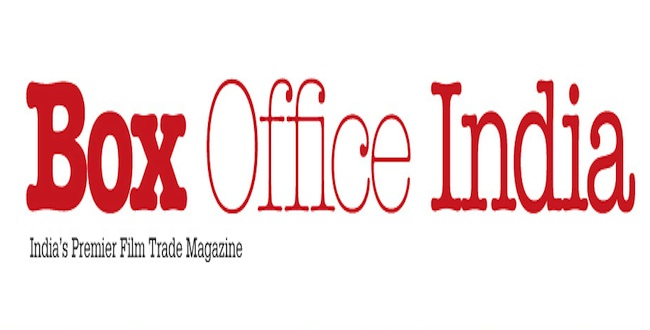 MSG-2 has managed to gross 515 Crores at the Box office and is continuing its spell on screens.

Starring Saint Dr. Gurmeet Ram Rahim Singh ji Insan in the lead role and also in the role of Director, Singer and touching almost every department with his amazing versatility, MSG-2 is based on true story on the life of savages and their reforms.

Audiences seem to have connected to this unique story line and embraced the idea of cinema for social change.

As Saint MSG puts it, “The number of people who come for free de-addiction to the Dera has swelled manifold, which is a direct outcome of the film’s success.”

The Film has broken all records of cine goers, the figures speak volumes of audiences that the Film managed to garner. It had a spate of bookings that led to special screening drives. 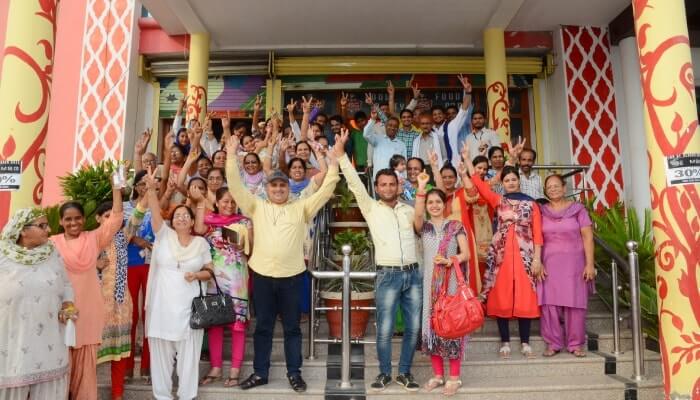 For instance, as many as….

Also Read: Coming back with a Bang: Long awaited MSG The Warrior-Lion Heart on screens in September

that too in the 6th week of the Film’s run in Cinemas.

On the 54th day of its release, MSG-2 The Messenger was screened in…

Telangana too has registered a …

Twitter is also buzzing with hashtags related to MSG-2, which are a regular feature on the national and international trending list. 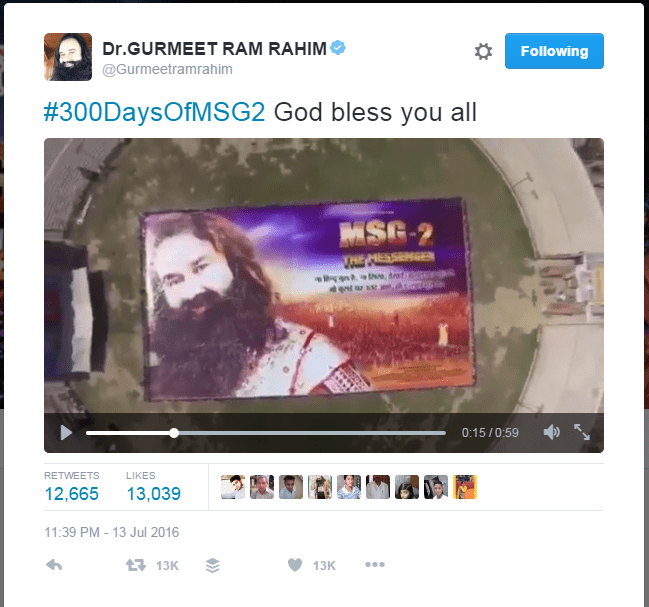 While Dr. MSG is busy with the other 2 ventures, one mega flick titled Online Gurukul, which is based on Vedas merged with entertainment, it is a Film high on VFX.

The other Venture titled MSG The Warrior – Lion Heart, is on the verge of completion.

The audiences can expect the next installment in Cinemas soon. The wait is soon going to be over to see their heart throb in a new Avatar, rather (Avatars), we hear Saint Dr. Gurmeet Ram Rahim Singh Ji Insan, has multiple roles in the upcoming venture. Cinema redefined by MSG – The Messenger! 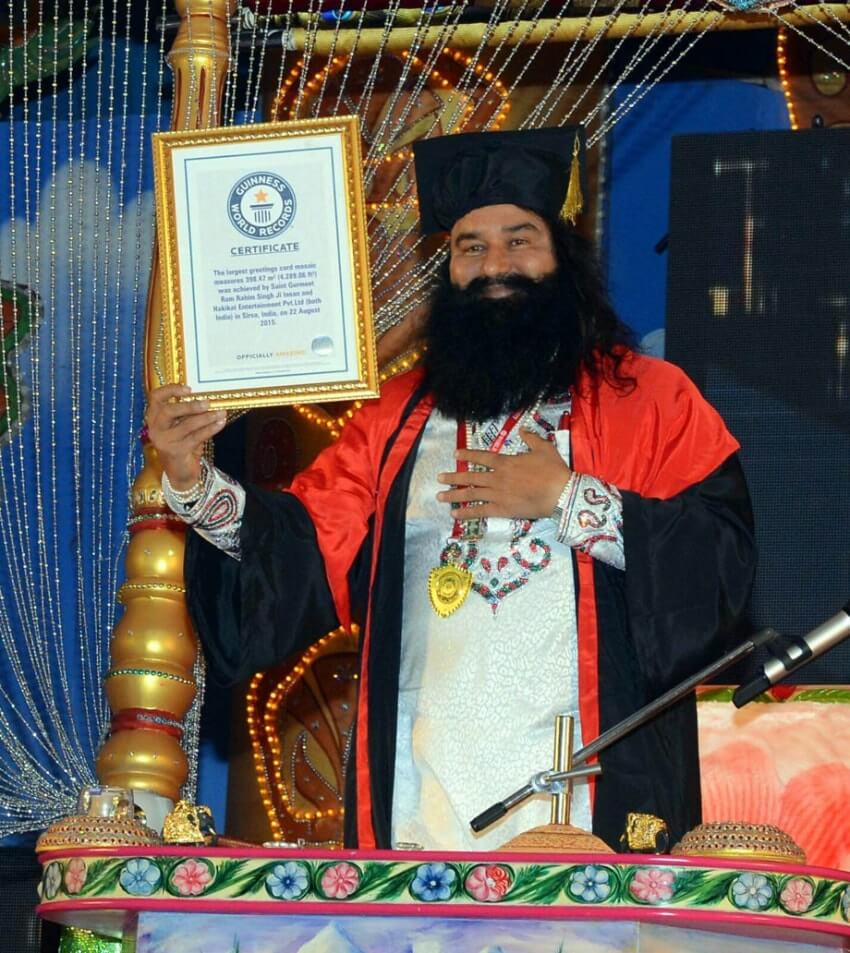 In a recent spiritual congregation to commemorate the ascension of Saint Dr. Gurmeet Ram Rahim Singh Ji Insan, MSG was awarded  with 8  Asian Records and 3  Indian records. Two of these records are also recorded as Guinness World Records.

(2) MOST PEOPLE IN A SELFIE: Selfie clicked with a mammoth crowd of 2,08,720 people by Saint Dr. Gurmeet Ram Rahim Singh Ji Insan

(3) MOST PEOPLE DANCING TOGETHER ON FILM MUSIC LAUNCH: Most people (3,01,013) danced together on the song ‘Party Dhoom Dham Se’.

(4) MOST PEOPLE WEARING WRIST BANDS TOGETHER: Most people(3,01,501) wore MSG writst band with ‘MSG’ printed on it.