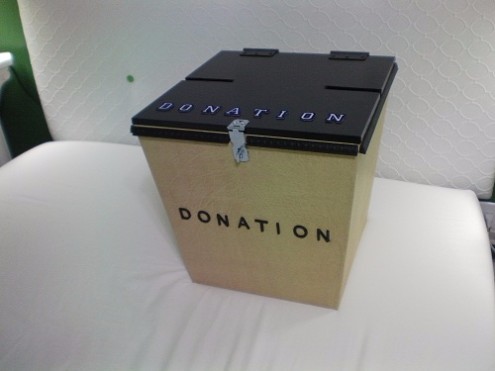 The demonetization exercise carried out by the Indian government last year worked towards breaking the backbone of terror funding in India. It is a well-known fact that Pakistan’s ISI was responsible for counterfeiting Indian currency notes of Rs 500 and Rs 1000 and distributing them to pay for their illegal activities.

It seems that they are now resorting to new techniques of fundraising after feeling the pinch. A report in the Times of India says that Pakistan’s ISI has now started installing donation boxes outside religious shrines in order to raise and collect money secretly.

Most devotees tend to put money into donation boxes and assume that these boxes are owned by the trust running the shrine. Taking advantage of this, the ISI has started putting up fake donation boxes in several shrines especially the ones located in villages around the border.

These shocking facts were revealed recently during an investigation by the Rajasthan Police. Deena Khan, an alleged ISI agent, was arrested recently in Barmer in Rajasthan and spilled the beans to the police during interrogation.

He said that as much as Rs 3.5 lakh were collected from fake donation boxes at a single shrine and distributed amongst ISI agents and sleeper cells active in the country. He also said that his handlers in Pakistan would give him instructions on what to do with the money after he collected it.

The main problem is that there are no account books that keep a record of donations received at these boxes. As a result, it is easy for anyone to keep a box outside a shrine and collect money from it without any trace.

The report states that Indian authorities have also recently noticed a massive rise in the number of makeshift shrines in villages surrounding the India-Pakistan border.