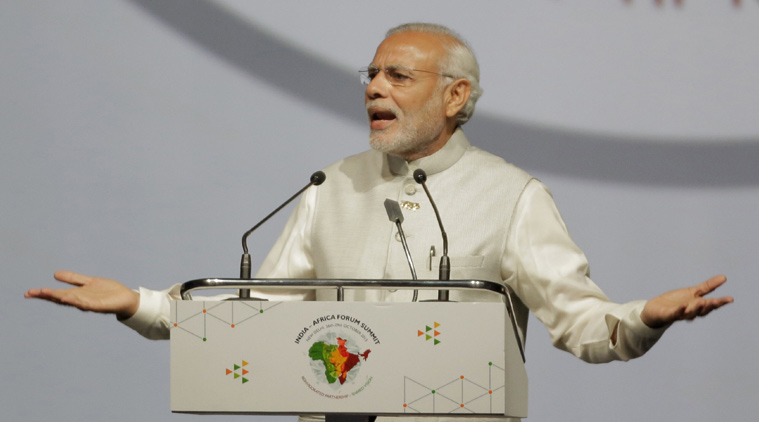 Government is working to put in place procedures for making descendants of the indentured labour living in Fiji and other countries eligible for OCI cards, Prime Minister Narendra Modi said on Sunday.

“Starting with Mauritius, we are working to put in place procedures so that descendants of Girmitiyas could become eligible for OCI Cards. We remain committed to addressing similar difficulties of PIOs in Fiji, Reunion Islands, Suriname, Guyana and other Caribbean States,” he said in his address at the 14th Pravasi Bharatiya Divas here.

Girmityas are descendents of indentured Indian labourers who were brought to Fiji to work on sugarcane plantations in mid-1800s.

The Prime Minister also urged the People of Indian Origin (PIO) to convert their cards into Overseas Citizen of India cards, reiterating the government’s decision to extend the deadline for these card conversions from December 31 last year to June 30, without any penalty.

“From January 1 this year, beginning with Delhi and Bengaluru, we have set up special counters at immigration points for OCI cardholders. We want it to become a symbol of global migration, achievements and aspirations of the diaspora,” he said.

Observing that there are over 30 million overseas Indians living abroad, he said they were not just respected for their numbers, but for the contributions they have made to the societies they live in.

“The NRIs and PIOs have made outstanding contributions to their chosen fields. They are role models for immigrants from other backgrounds and countries … They take our values and culture wherever they go. The Indian diaspora have contributed their best towards progress in that country,” Modi said.

He said the remittance of close to 69 billion dollars annually by overseas Indians made an invaluable contribution to the Indian economy.

“When people spoke of brain drain, it was believed that the brighter people went abroad seeking employment opportunities … but I was asking people that whoever are left behind in India, are they dumb? It is our endeavour to convert that brain drain into brain gain,” he said.