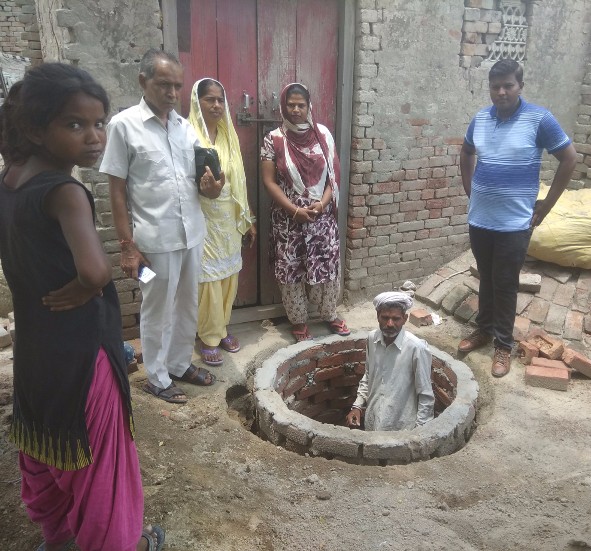 Water is one of the most precious resources available to mankind. Ironically, at the same time, it also tends to be among the most wasted resources in this world. Despite the importance of water in sustaining life on earth, we somehow tend to take it for granted and don’t think twice before wasting it. Indeed, every year, we experience a water shortage in some part of India owing to depleting resources and lack of rainfall. Thankfully, villages in Haryana are leading the way and teaching an important lesson to the rest of the country in water conservation. The tiny village of Basaera in the Panipat district of Haryana has become the first place in India where every house has a water harvesting system installed.

The reason behind bringing this revolution

The village of Basaera has around 245 houses within its limits. Every house in the village has now been fitted with a water harvesting system costing Rs 3500 making this a revolutionary enterprise. This came after the water table in the village fell to a level of 100 ft. Because of this, Basaera village was classified under the “Dark Zone” due to groundwater shortage.

Thanks to these water harvesting systems, the villagers will be able to store rainwater during this monsoon and help it seep underground. As a result, the groundwater table of the village is expected to rise back to normal levels. And all of this happened due to the initiative of the villagers themselves. Concerned about the falling groundwater levels, the village panchayat had convened a meeting to find a solution. Some of the residents of the village proposed the idea of installing these systems.

The sarpanch Smt. Santosh Devi then approached the district administration and proposed this idea. After conducting a survey, the administration agreed that this was a great solution and went ahead with the installation of harvesting systems.

Setting an example for other villages: This example shows how a village can transform itself when its residents have the determination and the will power to do that. Saying Truth salutes the spirit of Basaera village and the initiative shown by its people in water conservation. We hope that their example inspires many more villages around the country to take concrete steps towards saving this precious resource.