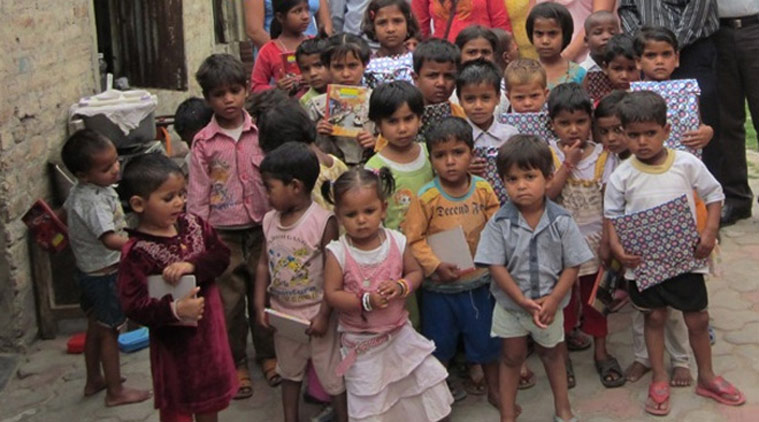 The unseen problem of children going missing in our country has been rapidly increasing. In a nation of 1.2 billion people, there are several innocent little angels who get separated from their families everyday and are never ever found. If you look at the numbers, you’ll be able to realize how massive this problem is.

Consider this: It is estimated that about 180 children go missing in some part of India every day. Whats even more shocking is that 2 out of 3 missing children will NOT be found in a span of 3 years. After these 3 years elapse, most families and even law enforcement have given up hope of ever being able to find these children.

The figures are no better in the rest of the country with average detection rate remaining at 30%. Think about it: about 7 out of 10 children that go missing in India will never be seen by their families again. It is astonishing how we don’t take these numbers more seriously and demand greater action into it.

The problem is a combination of delayed reporting along with police apathy. Usually, when a child goes missing, parents are asked to wait for 24 hours by the police before a missing report is filed. This is to ensure that in case the child has voluntary gone away, he/she has the time to come back without needing to raise a false alarm. This is especially prevalent in underprivileged or rural areas where both parents tend to work as laborers and don’t get to spend enough time with their children.

This is dangerous because it ends up wasting the precious time window within which children can be found and reunited with their families. In the United States, the first 24 hours are considered to be the most crucial by law enforcement in finding a missing child. Majority of cases tend to be solved within 3 days after which the chances of finding the child get slimmer with every passing day.

It is suspected that a large proportion of children who go missing, especially between the ages of 3-7, are usually kidnapped by organized mafias that indulge in human trafficking. The proportion of infants being kidnapped from government hospitals has been on a rise especially since this is the time when parents are most vulnerable. There have been numerous instances where children have been kidnapped and sold to couples that are childless.

The motives usually are even more sinister than that. Children’s rescue organizations say that a lot of kids are kidnapped and trafficked so that they can be made to beg on street corners in large Indian cities. Some of them are trafficked where their organs like liver and kidney are illegally harvested to pay for rich patients. Some are even trafficked to the Middle East where they’re used as camel jockeys or sold into prostitution.

In big Indian cities, several trafficked children are sold to work as servants, maids, or waiters at tea stalls. This is one reason why you need to be aware if any of your neighbors are employing children as household helps because a large number of them might have been stolen from their families.

In most cases, these children tend to be from poor and underprivileged families who neither know the law nor have access to the police. Their concerns are usually brushed aside by insensitive constables leaving them nowhere else to go.

There is a need to make reforms in law enforcement

How do we then go about controlling this massive problem? The first and most important step is to sensitize our police forces about the growing problem of missing children. In addition to that, urgent reforms are needed which will help law enforcement tackle these cases is a more efficient manner.

Consider this: when a child goes missing, an FIR is not filed since it doesn’t count as a cognizable offense. Without an FIR, there is little pressure on the local police force to launch a full-scale investigation. At the most, an entry is made into the “station diary” and a sketch or description of the child is circulated via a wireless message to other police stations in the jurisdiction. 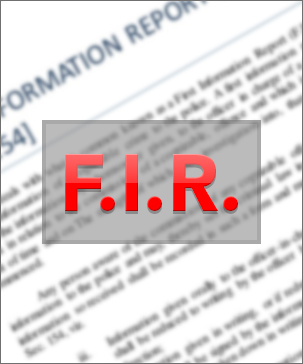 This is a pretty flawed system as the first thing a kidnapper does is to leave the district or the city immediately. Moreover, with the police force already overburdened due to a personnel shortage, finding missing children takes the lowest priority for the men in uniform.

An entry about missing children is made in the “missing person’s register” but this is of no use as its accessibility is limited to police personnel within the district.

As soon as a missing child leaves the jurisdiction of their hometown, the police system becomes largely ineffective. There is zero co-ordination between police forces across district and state lines owing to the massive bureaucratic procedures involved. As a result, a kidnapper finds it extremely easy to escape with a trafficked child as soon as they’re out of the jurisdiction of the local police. This problem is compounded by the fact that, as mentioned earlier, police refuse to register a complaint unless a child has gone missing for over 24 hours.

The need of the hour is to sensitize the police about prioritizing the search for missing children in the course of their daily duties. Compared to any other crime, this one is extremely heinous as a missing child is extremely vulnerable and it is the paramount duty of our system to be protecting them and reuniting them with their families.

For this to happen, greater cooperation between police forces across state lines is an absolute necessity. A special task force for missing children can greatly help in ensuring inter-state co-operation and intelligence sharing.

The other extremely important aspect is the digitization of missing children’s records. Often, complaints about missing children or their details are lodged in a heavy paper file which sits in an office gathering dust. If these records were to be digitized and made accessible to police forces around the country, the chance of finding missing children goes up significantly. Currently, the National Crime Records Bureau (NCRB) maintains a record but it is highly incomplete as it relies on voluntary information sharing by various state police agencies.

There should also be special missing children’s officers at the district HQ levels whose job would be to spearhead such investigations and ensure co-operation between different police forces. This problem is so dire that our law enforcement machinery needs to work on a war-footing if they aim to curb it in the near future.

What can you do as a responsible citizen in the issue of Missing Children?

As individuals, you too play an important role in helping reunite missing children with their families. Often, we see little children working at chai stalls or begging on the streets and turn a blind eye towards this. What if some of these kids are missing from a family which desperately awaits their return? Every time we turn a blind eye, the kidnappers win and become more successful in their sinister plans.

(1) First of all, keep checking the website for National Center for Missing Children: http://www.missingindiankids.com This is one of the most comprehensive databases for missing children in India.

They also send out missing children alerts so sign up for those. Who knows, a missing child might just be in your neighborhood right now and needs your help to be reunited with their family.

(2) If you ever see a child alone in the train or traveling with someone that clearly doesn’t look like their parents, its better to be on the safer side and call the police immediately. Do not ever assume that the parents are nearby. For all you know, this is the little window you have for saving a missing child. 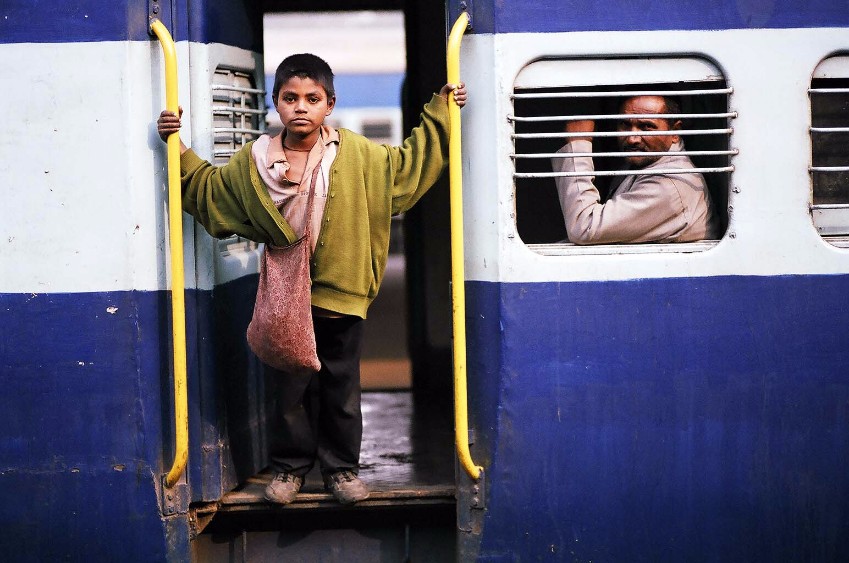 (3) At public places like train stations or bus stands, talk to a child when you see them roaming around alone and unattended. As them about where their parents are. If the child seems confused or isn’t too forthcoming with information, chances are that he/she is a missing child. In such cases, please inform the nearest police personnel immediately.

(4) Also, remember the number for Childline which is 1098. Any cases of unattended or missing children can be immediately reported on to this number. If you find someone that is employing an unknown child as a maid or on their shop/garage/tea-stall, call this number immediately.

(5) The Government of India has an app called Khoya-Paya which is specifically aimed towards helping trace missing children. You should download this mobile app or keep checking their website (http://khoyapaya.gov.in/mpp/home) regularly so that you may be able to contribute your help in tracking down a missing child.

(6) There are several groups on Facebook too such as

These groups not only have records of missing children but also of grown-ups and old people who have been separated from their families. Keep checking these groups regularly especially for updates from your city/region. A small step from you can help bring an innocent missing person back home safely.

Success stories of some organizations helping in Find missing Persons

There have been numerous organizations that have been tireless working in India to reunite missing people with their families. For instance, Nobel Prize winner Kailash Satyarthi’s Bachpan Bachao Andolan has helped the police in tracing and tracking down missing children.

Often, there are a lot of adults, especially old people, who go missing and are in a completely helpless state. Some of them have vague memories because of old age or health issues and aren’t able to find their families on their own.

The Sirsa-based Dera Sacha Sauda has done some phenomenal work in reuniting missing children as well as adults with their families. 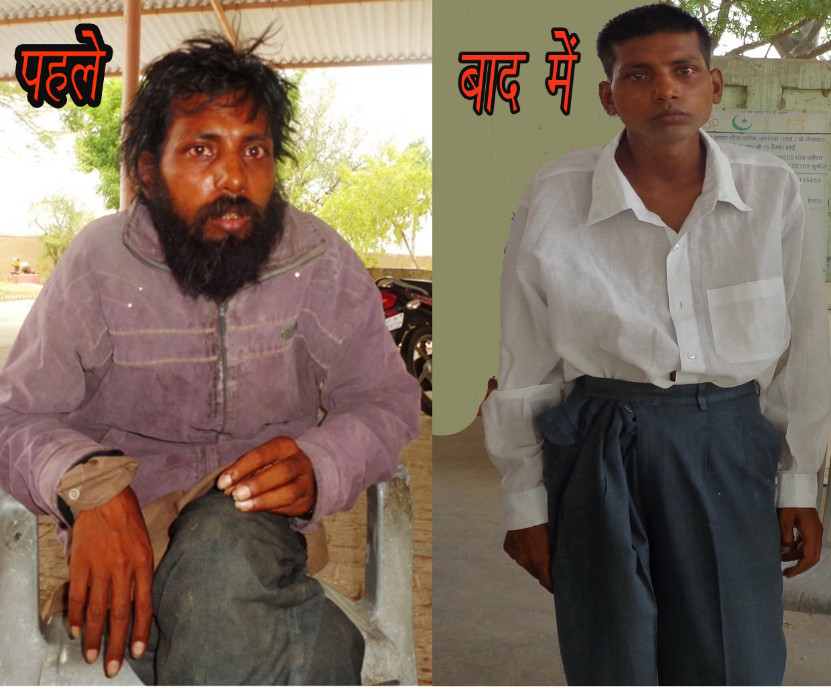 Till date, over 450 people have been successfully reunited with their families due to the efforts of the volunteers of the Dera Sacha Sauda. Often, missing people tend to live on the streets when they get lost, and therefore, their health is not in a very good shape. On finding such missing persons, the Dera Sacha Sauda conducts a full health checkup and provides them with the necessary medical treatment before reuniting them with their families. The Dera also operates a toll-free helpline which has been immensely successful in reuniting hundreds of people with their families. You can call the helpline on 1800-180-2515 in case you wish to report or have information on a missing person.

The police alone cannot do anything without the help of vigilant and alert citizens. At the end of the day, we are the eyes and ears for the police and it is our responsibility to ensure that we remain vigilant.

Remember that you are sometimes the only hope for a missing child who has been taken away from their family. Be it the neighborhood chai stall boy or the minor girl who works as a maid: some of them could be missing children who have the chance of being reunited with their family only through your help.

Therefore, it is important for you to stay vigilant and get involved whenever you can. Remember that precaution is always better than not doing anything. Keep an eye out for unattended children and co-operate with law enforcement to ensure that we can reunite some of these missing children with their families who have, sometimes, been waiting for them for years.