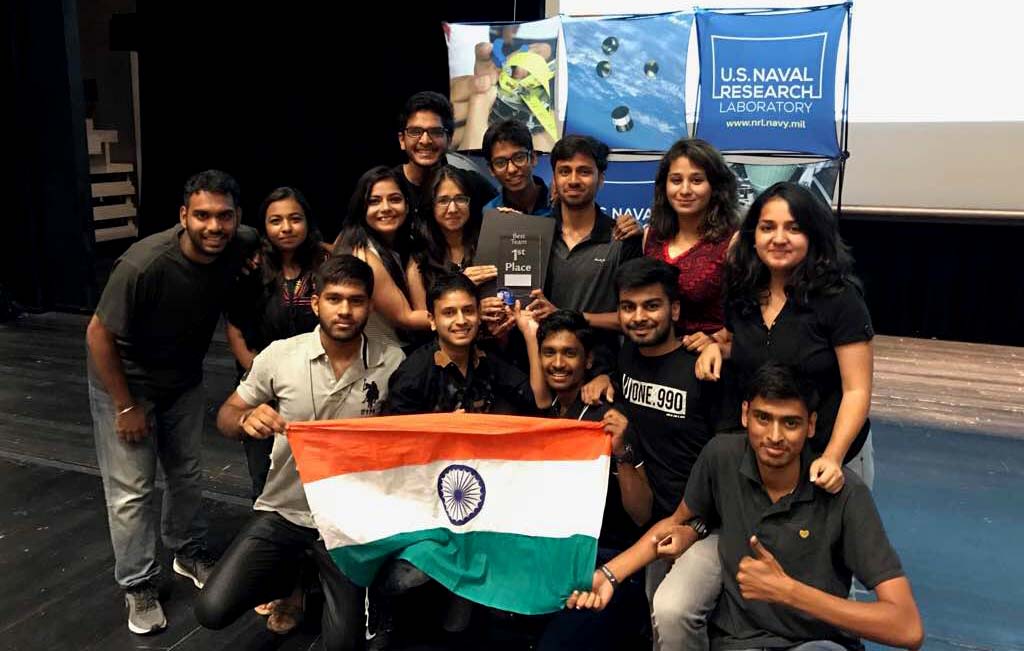 Team Astral, from University of Petroleum and Energy Studies, Dehradun, India got World Rank 1 in the Annual CanSat Competition 2017 held in Stephenville, Texas USA, defeating 40 top prestigious universities in the world. It is a proud moment for our whole nation.

The American Astronautical Society (AAS) and American Institute of Aeronautics and Astronautics (AIAA), along with NASA-JPL and Lockheed Martin organize this annual student design-build- launch competition for space-related topics. Team Astral registered in the CanSat Competition in the month of November 2016.

What is CanSat Competition

CanSat Competition: The mission statement of the competition changes every year. The 2017 mission simulated a solar powered sensor payload traveling through a planetary atmosphere sampling the atmospheric composition during flight. The overall CanSat system was composed of two primary components, a science vehicle and a re-entry container that protects the vehicle during ascent, deployment and initial re-entry/descent. NASA officials provides their sounding rockets which helps the CanSat to ascent to a height of about 1 km post which it deploys at apogee and the CanSat descends with the help of a parachute.

When the science vehicle releases from the container, it glides in a circular pattern with a diameter of no more than 1000 meters. During flight, the glider science vehicle samples the air pressure, temperature, speed and heading data at a rate of 1 sample per second and transmits the data wirelessly to the ground station.

The competition has 6 major stages:

Team Astral’s application was successfully accepted in the month of November itself. Then came the first and only eliminating round of the competition. The Preliminary Design Review saw all the 92 registered teams in the competition, submit their PDR document. Teams were to present that document online through tele-conference. Team Astral scored 97.0472% in the PDR stage and secured 2nd International Rank. Post PDR, top 40 teams were invited to launch their payload in Stephenville, Texas. 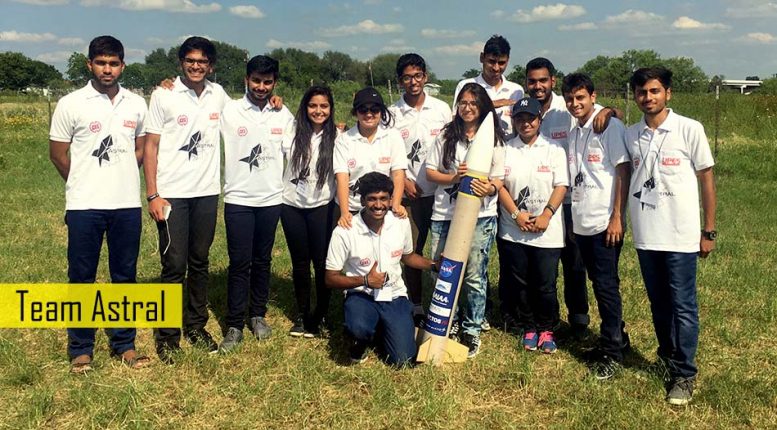 The second stage (Critical Design Review) saw us secure international Rank 1 with a whooping percentage of 99.58% On June 7 th , 2017, Team Astral landed in Dallas, TX. The 3 day competition began on June 9 th , 2017, with the Flight Readiness Review. It was done to test the flight readiness of our CanSat, whether Team’s model was worthy of launch or not. The team passed that test and obtained 100% marks in Phase III of the competition.

10th June was the D-Day of the Competition. The team were allotted the 5th launch rail on the launch pad. Post deployment from the re-entry container, the science vehicle, underwent a perfect helical glide and also successfully telemetered the atmospheric data, back to the ground station.

On 11th June, the team had our last phase of the competition, the Post Flight Re – view. The phase to demonstrate, all that happened on the launch site and on the launch day. It was done on a projector in-front of the NASA and CanSat officials.

At 1830 hours CST [12th June, 5:00 am IST] Award ceremony began. It was done in the Fine Arts Centre of the Tarleton State University, Stephenville, Texas, U.S.A. The team bagged the 1st International Rank and were awarded the Best Team Trophy along with CanSat Certificates. The team’s final overall percentage was 96.32 %.

Last year the team secured the International Rank 4 in the world and 1 st position in whole of Asia and Europe.