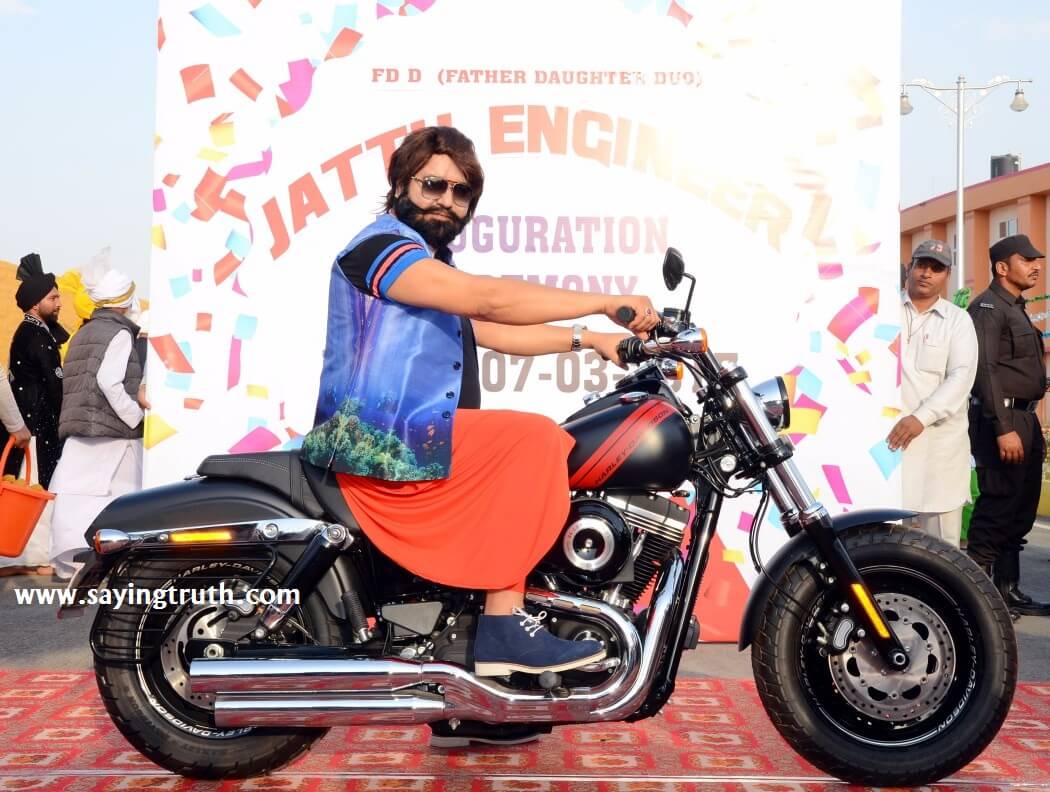 The idea of cinema for social good sounds too good to be true. But Jattu Engineer kept me riveted to the seat, always entertaining with belly aching laughter, and the other bits loaded with touching and poignant moments that brought tears rolling down my cheeks. For most part it keeps you in splits.

But the Film works at a much Deeper Level.

It is a film that tackles the problem of open defecation, insanitation, drug abuse, women empowerment, Reformation of delinquents and in a nutshell the way-to-go for  rural transformation etc etc but stays true to the quintessential business of cinema, which is non- stop entertainment.

This film is a watershed moment for history of cinema and the future of society.

As for the rat brained naysayers and mindless critics, it is time for them to evolve as human beings. No director in the history of world cinema can marry this unique combination of style and substance as Honeypreet  Insan and her father Saint Dr Gurmeet Ram Rahim Singh Ji Insan Aka MSG have done.

It is a Real Review.

The support cast of first time actors has performed wonderfully putting seasoned performers to shade. The tomboy babe has also performed creditably opposite the comic Sghaint Singh Sidhu. It seems that the great talent factory of Saint Dr MSG is now ready to take on the world.

Everyday people as actors,  people with no formal acting course, humble educational and social background, lot of people who do not even know what theatre is, have been used powerfully by the Father Daughter Duo to weave a  strong storyline on a large canvas that has breadth as well as depth.

Slick and Speedy: Everything is fast moving, nothing stops, there is never a dull moment.