Even After The Attempt Of Predators To Increase Dislikes, MSG The Warrior Receives Applauds From Reviewers 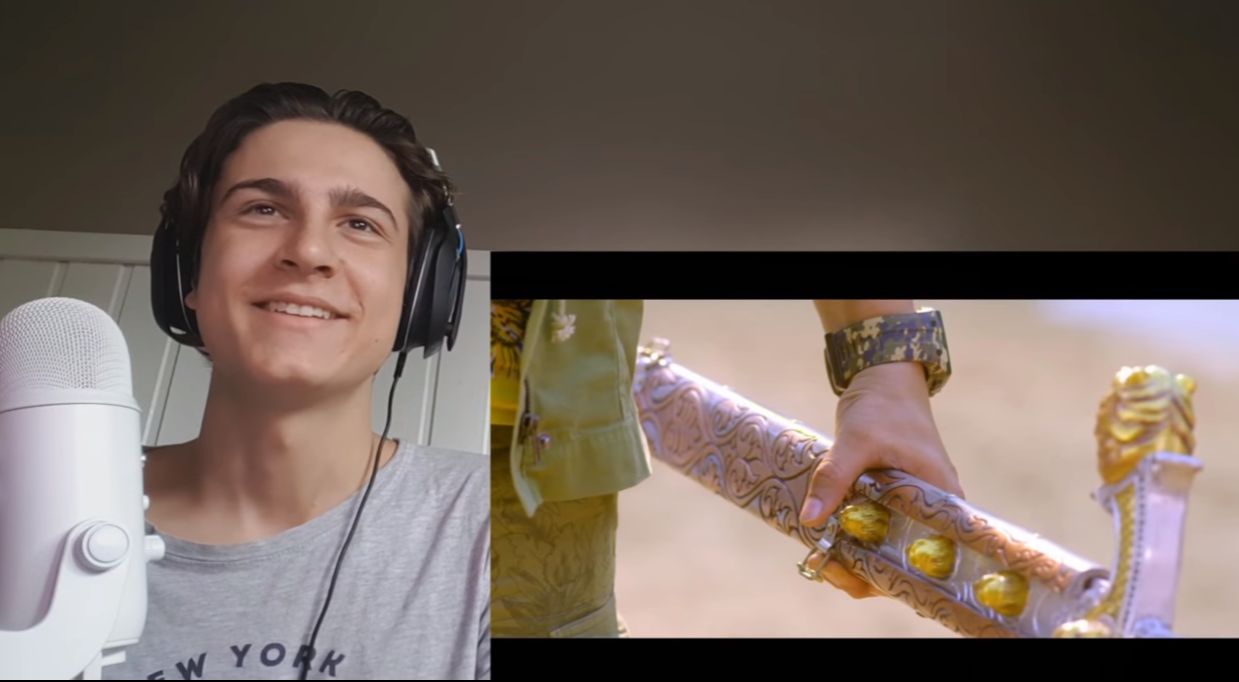 Just like its previous parts, the trailer of MSG The Warrior – Lion Heart has again made headlines and is loved by so many people. It was uploaded on YouTube on 5th September, 2016 and got more than 4 million views by September 12. In fact, the reviewers and critics around the world are praising this movie too.

But there are some predators in the society who are increasing the dislikes of this trailer. All they want is to restrict this movie from looking dignifying. Even then, there has been no harm to the popularity of this trailer and the evil efforts are going in vain. Moreover, those dislikes are increasing the interest of reviewers to watch this video.

Also Read: Here is the 2nd New Poster and Trailer of “MSG The Warrior – Lion Heart”

Just like a famous reviewer Toma Punk from Sweden reviewed this trailer because he was curious for the dislikes. And when he did the review, he was left mesmerized.

Here’s what he had to say about the trailer:

First and foremost, he mentioned that the number of dislikes intrigued him to watch this video. While analyzing the whole trailer, he went on saying that MSG looks like a superhero. He called him the guard of war who saves the nation. Toma was mesmerized on how the warrior could smash his weapon on earth and create an earthquake.

One of the biggest compliments he gave was that the water scene reminded him of Lord of the rings.

Also Read: 7 Reasons Why MSG The Warrior- Lion Heart is the Best Motion Poster ever

Toma Punk even praised the fact that those stunts are performed by MSG himself. He added that stars rarely perform their own stunts because no one wants to get hurt. As a surprise to haters, he even called it an eye pleasing movie. With that, he said that MSG seems no human but a powerful Superhuman. A Superhuman who can destroy aliens like a child’s play.

One thing he said was actually true that this movie seems original and nothing like other ordinary movies. The waterfall scene was powerful and brilliantly shot as per his opinion. And Toma could analyse the fact that this is a high budgeted movie with some really epic scenes. He concluded his review with giving a thumbs up to this trailer but due to lack of subtitles, he himself couldn’t understand the storyline.

Also Read: Movie On Ebola, 93 Days Is All About Heroism

However this trailer is being loved internationally but it is strange that there are some people who are trying to defame this masterpiece. Not many people know that this movie was finished in just 25 days. In fact, the most difficult thing, VFS was done in 7-10 days. The story line is an infusion of time travel and aliens with cultural richness of Rajput style in dressing.

Not just that, there is science fiction too which is rarely witnessed in such movies. Who wouldn’t want to watch such a movie? Therefore, no matter how much the predators try, MSG will achieve its motive. Like the last times, it will be a hit for forever.