May 18, 2022
Home Education This Gentleman offering Free Coaching to Poor and Tribal Students 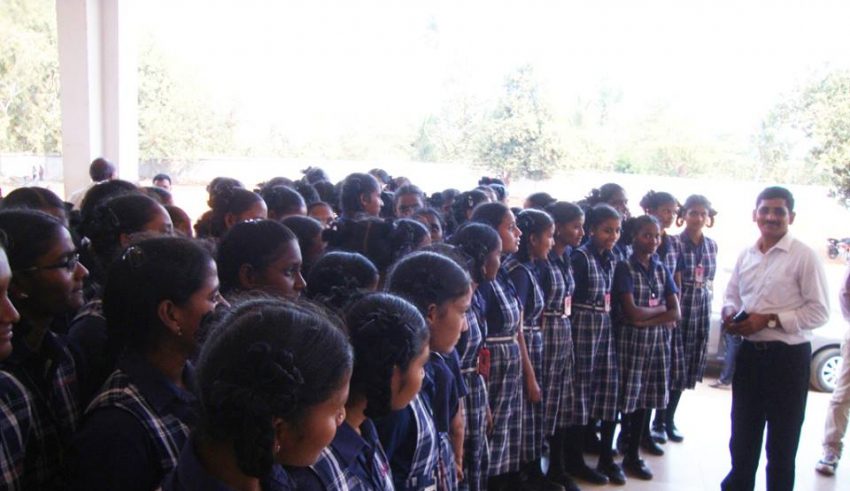 About 40 km from Vizag city, Killada Satyanarayana came all the way from Hyderabad to K. Kotapadu village at the Zilla Parishad High School. He spent over three hours at this school.

Furthermore, he hails from Pamulavaka village of Kotauratla mandal near Narsipatnam. As a matter of fact, he had studied up to 10th class in this village school.

Furthermore, he was allotted to Uttar Pradesh-cadre. He worked for 18 years in various capacities as a police officer in that State. He further added, “I came on deputation to AP about one-and-a-half-year ago. I was involved in social work in my native village and conducted awareness programmes for students. We opened the ‘Samarpan Study Circle’ in 2013 to offer coaching for competitive examinations”.

“We have been offering free coaching to poor students from rural and tribal areas, while nominal fee is being charged from those who can afford it. Some of our students have been selected as bank clerks, three joined as Panchayat Raj Secretaries and one each were selected as a probationary officer and a School Assistant”, he said to the Hindu.

As per the Hindu, he said “We bring in faculty from different parts of AP and Telangana to coach the students and opened library, which has a collection of over 1,000 books on various subjects. We also arrange motivational lectures by successful persons from different walks of life. Even when I was posted in UP, I used to take time off to spend time with the students from our rural areas.”