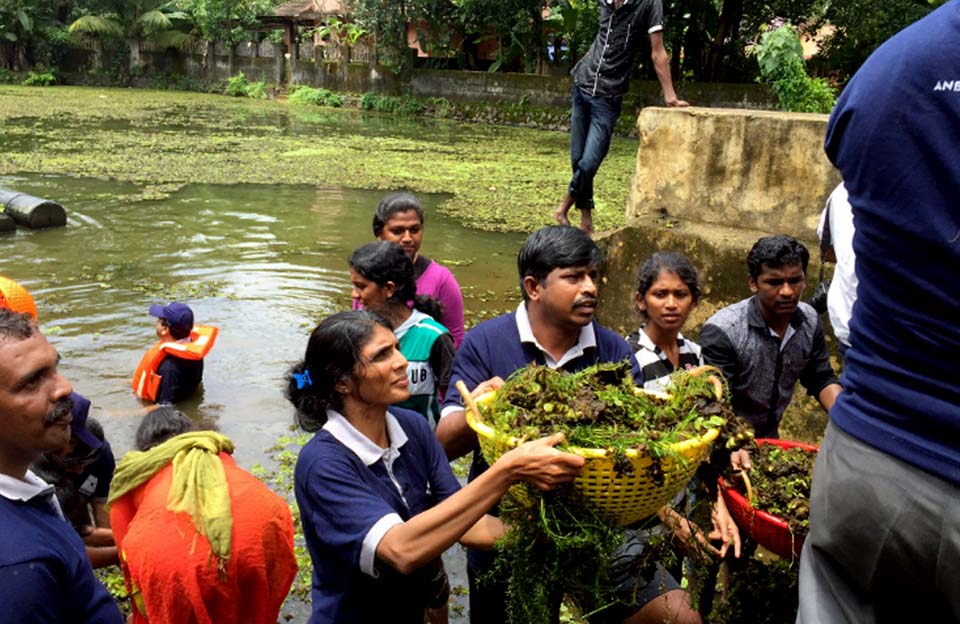 In Kochi, when an IAS officer waded into a dirty lake in Ernakulum to clean it, the people were doubtful and the teammates were wary, but slowly and steadily they all helped him in regaining the beauty of the water bodies in the village. This all was the result of Officer’s bid to clean the ponds and make them fit for human utilization. At the start, the locals were too doubtful about the district collector’s step to clean the water body but once the mission started they all gave their contribution in the cleaning process. As in the neighboring city Tamil Nadu, the floods have turned most part of the Chennai into a floating city.

The prime reason behind the deluging was that the water bodies in the adjacent area have been closed, this is either they are constructed over or drained for agricultural use. Due to this the natural functioning of the water bodies to collect rainwater was blocked. Excess runoff water also bestowed to the flooding in the city.

Why Desilting of Ponds is Important

Rapidly declining number of the traditional water bodies in India has rung alarm bells in the ears of environmentalists. Soil washed away with water, manure disposed off by people, leaf and litter, everything that goes into the water bodies push them to a slow death. Periodically, therefore, build-ups of silt need to be wiped out so as to extend the life of the lake or pond.

Ernakulam Ponds Get A New Life

The flood in Chennai sounded like a warning to the cities that are neglecting or killing the natural water bodies. From 2,300 water bodies in Ernakulam district in the 1980s, only 840 are left now. For the IAS office Rajamanickam, this was the crucial time to take some necessary action and he decided to restore the water bodies. He, with the others, cleaned the water bodies through desilting and removal of garbage that were choking the puddle. This way the capacity of the ponds got restored and they were once again made fit for human use.

Rajamanickam stated that “When we started, locals were skeptical. But after four or five ponds were cleaned, they began to join us. People started requesting permission to clean their area’s ponds too”. In the year 2015-2016, about 53 ponds were cleaned.

Such initiatives are required in the city to keep the water bodies clean and also to save the environment. Clean ponds will proffer healthy environment to live in and less number of diseases. If a small village can do such a remarkable thing, then why can’t we??….Or you too need someone bold to step out, why can’t you be that bold one??…..Think about it!!!